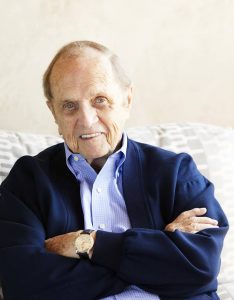 Bio: The War Machine, well here is a rat bastard. This man is one of the Leaders of the Deaths Hand and with that he is wanted in every country for crimes against humanity. War Machine is a machine is a master of heavy weapons and he is not afraid to use them on enemy combatants and civilians alike. Don’t let his apparent age fool you, this man is no joke and he will kill you before you have a chance to blink, He has ice for blood and his heart is as black as coal. War Machine being one of Alexander’s top generals has a list of accolades a mile long, and I could write a book on them. I won’t cause he doesn’t deserve it. This man is a murder, he is responsible for India falling to Hand as he lead his army into that country and literally blitzed them with more tanks then men. He also has a fabled Stone Wall CAS armour system in his arsenal as well as more Banshees then Aries arms. He just rolled through the country from town to town killing tens of thousands in his wake. He cared little for surrender, or Geneva convention. War Machine just ordered his men to rape, burn and pillage and setting temples on fire and destroying or stealing there sacred cows. Once he rolled into the capital he already had the country defeated, they were waiving the white flag, War Machine then ordered his men to slaughter any and everyone who once ruled the region. He also gathered hundreds of citizens into the city square and in a show of might, he had these civilians executed by machine gun fire and then there bodies burned where they fell. The Fires burned long and hot as India’s leaders surrendered to War Machine and the Deaths Hand. Once they signed the documents He had them crucified and ordered there bodies to remain hanging on the crosses till the carrion were finished feasting on them.
War Machine is not a nice man and has no soul, so don’t show him any mercy for he will never show you mercy. War Machine has been spotted in Seattle and this has this reporter very nervous. What is Alexander up to with having the Machine here on UCAS soil.

This is dedicated to all the warriors of the shadows who have fallen in the line of duty. RIP    Crazy Glue: Killed in the Jackals Lantern by an unknown assailant, Her Murder is still under investigation by SPD  Wallace: HRM member killed in the Scottish invasion of England. Rot in Hell Wallace  Tommy: Member of the Regulators recently killed by SPD    Grimm: Member and Leader of the now defunct Ministry, killed by SPD C-SWAT. During the Deaths Hand Invasion  Mr. Walter O'Neil (Sarge): Member of a group only referenced to as the Post Office, He was killed in … END_OF_DOCUMENT_TOKEN_TO_BE_REPLACED