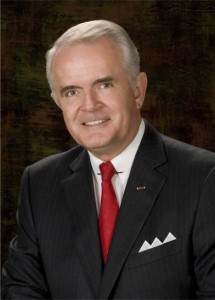 Weight: 210
Apparent Age: 55
Archetype: Social Mercenary
Preferred Weapon: Colt Manhunter
Runner Song:
Bio: The Chairman is probably the closest you can come to being a good guy working in the shadows as you can get, especially from this lot of thugs and murders. He was the one who would use words to end conflict and negotiate with ganger’s and there ilk. Though the Chairman knew that there was a time to stop talking and start acting. When it came to action the Chairman was very capable and would normally surprise his enemies with his skill and speed. This is another one of the originals that is probably long gone and really wasn’t involved in many major operations of the day. He liked living a somewhat obscured life and preferred to keep himself obfuscated from the others murderous reputations. So there really is nothing I can report here on him other then he completely vanished from the scene back in 2050 and hasn’t been seen since. There are some that say he works as a dealer or fixer for the new breed, again this is nothing but rumours. My opinion is he was killed and is no longer around, consider this to be his eulogy and he wanted to live in obscurity well history will obfuscate this dinosaur, soon to be forgotten like Fable, Coyote, Listener and Post Master.

This is dedicated to all the warriors of the shadows who have fallen in the line of duty. RIP    Crazy Glue: Killed in the Jackals Lantern by an unknown assailant, Her Murder is still under investigation by SPD  Wallace: HRM member killed in the Scottish invasion of England. Rot in Hell Wallace  Tommy: Member of the Regulators recently killed by SPD    Grimm: Member and Leader of the now defunct Ministry, killed by SPD C-SWAT. During the Deaths Hand Invasion  Mr. Walter O'Neil (Sarge): Member of a group only referenced to as the Post Office, He was killed in … END_OF_DOCUMENT_TOKEN_TO_BE_REPLACED