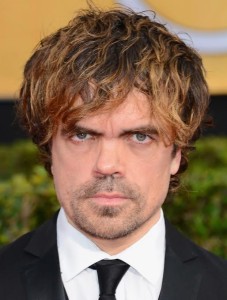 Bio: Bilbo is a member of those rats known as the HRM. This runner is the master of being unseen. He is only known by his magical signature that is left behind. He is known for using his magic to murder his targets and is not afraid to throw a mana bolt at an unsuspecting target. He is part of a new team known as the Harbingers and works alongside Waldo and the Tin Man (until his arrest). Bilbo has been seen aiding known Deaths Hand members Patches, Sleepwalker, War Machine, and Scarecrow.  He has also been seen with HRM operators Neo, Sandman, and Locust. It is believed that Bilbo is an ally of the Fearsome Captain Maelstrom and an honorary member of the Crimson Bloods due to his known kinship with the Governor.
Bilbo has recently been involved in the hijacking of UCAS military supply convoy and the murder of two soldiers. According to my sources inside the UCAS Army Bilbo was also involved in the recent Fort Lewis raid  where Bilbo and a team of runners infiltrated the base and stole top secret data that included troop movements and shipping invoices. This raid left ten guards and officers dead and the only evidence found was a vague signature and a stab wound in the lower spine and abdomen region of these men.
Bilbo is also suspected of the raid on the United Kingdom Embassy that left the current Ambassador dead from a single stab wound to his back as he sat at his desk.  Classified documents and data files went missing as well as their magical security was bypassed and the orb of Avalon was stolen. An international warrant has been issued for Bilbo’s arrest.
This runner is a serious threat to our national security as he has been seen speaking with the Negotiator, and with him having powerful allies in the HRM and Deaths Hand.  Never underestimate this runner’s abilities in the Sixth World. He seems to care little for life or death and now is in possession of this great relic. He is not to be trifled with. The International Court has issued a 250,000 credit bounty for Bilbo and he is wanted alive so he can stand trial for his crimes.

This is dedicated to all the warriors of the shadows who have fallen in the line of duty. RIP    Crazy Glue: Killed in the Jackals Lantern by an unknown assailant, Her Murder is still under investigation by SPD  Wallace: HRM member killed in the Scottish invasion of England. Rot in Hell Wallace  Tommy: Member of the Regulators recently killed by SPD    Grimm: Member and Leader of the now defunct Ministry, killed by SPD C-SWAT. During the Deaths Hand Invasion  Mr. Walter O'Neil (Sarge): Member of a group only referenced to as the Post Office, He was killed in … END_OF_DOCUMENT_TOKEN_TO_BE_REPLACED