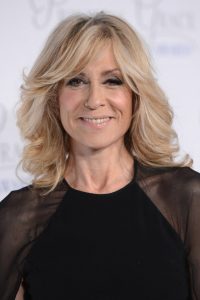 Medusa is a stone cold killer, she is ruthless, heartless and her blood runs a cold as ice. She is the only female  to survive this violent time, she not only survived she thrived. Medusa is just as deadly and skilled as any of her male counterparts and they respect her for this, she is good friends with Hangman, Iceman, Nova, Whistler, Samael and Silencer and is well in contact with the likes of Seven, Professor and Dictator. She is as cold and ruthless as these men and don’t be fooled by her being a women, she has no maternal instincts and could care less if you live or die. Medusa has been involved in some of the most legendary operations the city has ever seen. It appears that Medusa is back in city and working once again as she was spotted earlier leaving Tony’s Steakhouse.
Medusa has been involved in many jobs throughout history, and she has worked with some of the cities best. Though she was involved in the Sewer City Clean Out with fellow Original Stamps and others. After the Data crash of 29′ many citizens where forced out of there homes and there lives forever shattered, these folks were forced to live in the sewers and form a colony. As they were sinless and had no other choice, they picked a sector of the low zone sewers to cohabitant as one. These folks created a city under a city, well that was till Aries Arms needed that location for there new Black Dragon Research facility. This is what became know as the City Sewer Clean Out of 44′ Aries Arms offered these locals a chance to relocate but they refused to move as the city’s sewer system are not the safest and this area was free of paranormal creatures, radiation, and raiders. Aries instead of having these folks evicted through the court system and getting Lone Star involved which could take months or longer. Aries hired a group of shadowrunners to evict the residents of Sewer City (Aries will deny any claims to this) they hired Medusa, Stamps, Iceman, Ticker, Ringmaster, Post Master, Nova, Samael and Silencer to do the eviction. You can only imagine how this actually went down with these runners being at the helm. They entered the sewers and into sewer city and with a hail of gunfire and magic they wholesale slaughtered the residents of Sewer City. They killed everyone who once lived in peace no one was sparred man, women and child all died a horrible death on that day. This climaxed when Ringmaster unleashed a Hell Blast into the sewers to destroy the evidence of there crimes. This created a chain reaction of events that caused the entire region to crumble in on itself in a great sink hole affect and as well the fires burned through the sewers with vengeance destroying anything in there path. There where homes miles away for this operation that where destroyed and many innocent people where killed in the wake of this job.
I according to my Father who was a investigative reporter at the time, these runners where given a bonus for there extra effort, since it saved the corporation millions in demoing costs. Medusa was as well involved in other massacres and runs that left the city in mourning she filled many a grave during her time in the shadows and I can only think she has not gotten any nicer as time progressed. She faded away in early 2050’s and only till recently has not been around. She emerged from the shadows once again but this time with a message, that message is death lurks around every bend, she has taken a personal interest in some of our hero’s and form witness reports her cyber and gear are top notch, she appears to be not concerned about SPD as to be expected with Stamps and Ringmaster as friends who would. Be warned if the Medusa is coming for you, a mirror will not save you. I am not even sure SPD will either.

This is dedicated to all the warriors of the shadows who have fallen in the line of duty. RIP    Crazy Glue: Killed in the Jackals Lantern by an unknown assailant, Her Murder is still under investigation by SPD  Wallace: HRM member killed in the Scottish invasion of England. Rot in Hell Wallace  Tommy: Member of the Regulators recently killed by SPD    Grimm: Member and Leader of the now defunct Ministry, killed by SPD C-SWAT. During the Deaths Hand Invasion  Mr. Walter O'Neil (Sarge): Member of a group only referenced to as the Post Office, He was killed in … END_OF_DOCUMENT_TOKEN_TO_BE_REPLACED