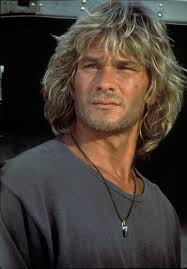 Weight: 175
Apparent Age: 35
Archetype: Mercenary
Preferred Weapon: DAOD Nemesis
Runner Song:
Bio: Timber well he is properly placed being part of the Rattlers, This man hates the NAN and everything they stand for with every ounce of his being. He has been fighting there forces since the signing of the treaty. Timber is a stalker of the wilds and has been a real thorn in the boarder patrols of all NAN boarders and he has even scared a few into an early retirement at just the threat of his attack. Timber is the leading cause of Native suicide by boarder patrol agents as these men would rather take there own life then be dragged off into the night and suffer the horrible slow death that awaits them at Timbers hands. This man kills his targets one at a time and very slowly, what he does to them is to graphic for me to even put into words, but according to NAN medical examiners death took hours and the suffering was long and painful.
Timbers hatred burns deep, and like other fellow Rattlers it’s do to the killing of his family at there hands, he has sworn vengeance one native at a time. He normally only targets military or security targets unlike his fellow team mate Nightmare and Boxcar. Though that doesn’t mean Timber hasn’t murdered civilian targets cause he has. This man is a master of the wilds and wastes, his skills in combat are unmatched and he will never show mercy so don’t show him any. If he gets his hands on you what he will do to you will be unthinkable and inhuman, so if left to a choice of suicide or capture by Timber choose the cowards way and end your own life.

This is dedicated to all the warriors of the shadows who have fallen in the line of duty. RIP    Crazy Glue: Killed in the Jackals Lantern by an unknown assailant, Her Murder is still under investigation by SPD  Wallace: HRM member killed in the Scottish invasion of England. Rot in Hell Wallace  Tommy: Member of the Regulators recently killed by SPD    Grimm: Member and Leader of the now defunct Ministry, killed by SPD C-SWAT. During the Deaths Hand Invasion  Mr. Walter O'Neil (Sarge): Member of a group only referenced to as the Post Office, He was killed in … END_OF_DOCUMENT_TOKEN_TO_BE_REPLACED