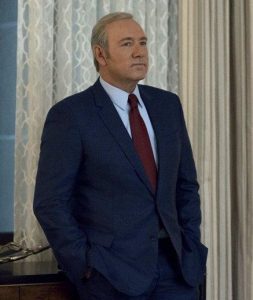 Bio: This man is a real snake in the grass, he is from the CAS and hails from Oklahoma. He was the senator from that state prior to the secession and after the war he retook his seat once the CAS senate was instituted, this man is part of the reason the CAS capital is now in Richmond and not Atlanta like planed. He felt keeping the capital in it’s original location was beneficial to the Confederacy and would also be a slap in the UCAS’s face, and he was right. Gator might now be a CAS senator but that doesn’t mean he doesn’t still have his friends in the UCAS senate and brotherhood of the hallowed halls of the senate doesn’t end when one is no longer apart of it. Gator is now the Governor of Oklahoma and keeps the stars and bars proud with his pressure attacks into the UCAS and he holds sever hatred for them since his state is divided now between the UCAS and CAS.
Gator knows that the Freedom Patriots are the only agency that can help him reclaim his divided state, and for now he will accept there help, but remember never trust a confederate. He is a man of many faces, and has friends in very high and very dark places, and with such he will have no concern to order your execution and in the same breath he will kiss a baby’s forehead and shack hands with the parents. His skills of speech are well documented and it is thought he has a partnership with the Warden and Puppet Master in Vegas, His combat abilities are reasonable high since this man did fight in the war, he can dance in both the board room and the battlefield. He is the General of the Oklahoma division of the Sons and has one of the toughest bunch of roughens as his boarder patrol, The Gator is not to be taken lightly as he is a true Apex Predator and Davis likes this and has authorised Gator to form an Oklahoma division of the Elite as a reward for his dedicated service. I cant seem to find anything on this as of yet, though that doesn’t mean they don’t exist, Gator is an ambush predator so what we don’t know can surly kill us with this man, never underestimate this hunter and best bet to stay clear of Oklahoma if your not a loyal Confederate.

This is dedicated to all the warriors of the shadows who have fallen in the line of duty. RIP    Crazy Glue: Killed in the Jackals Lantern by an unknown assailant, Her Murder is still under investigation by SPD  Wallace: HRM member killed in the Scottish invasion of England. Rot in Hell Wallace  Tommy: Member of the Regulators recently killed by SPD    Grimm: Member and Leader of the now defunct Ministry, killed by SPD C-SWAT. During the Deaths Hand Invasion  Mr. Walter O'Neil (Sarge): Member of a group only referenced to as the Post Office, He was killed in … END_OF_DOCUMENT_TOKEN_TO_BE_REPLACED