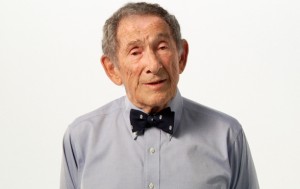 Bio: Well first off when it comes to the Pharmacist I am as baffled about this old man as my readers probably will be. I only uncovered information on this former Mossad agent while I was researching the Accountant. The records kept speaking of a trainer and handler known as the Pharmacist. At first I thought it was some long gone agent, but the deeper I dug the more I uncovered, and a mix of emotions came across me; both excitement and complete fear. This man should have been long dead due to his age. He entered back when the Accountant was just coming onto the scene, but is still alive. It appears he has found the fountain of youth much like Colonial. This man’s true age is unknown and his existence is nothing more than an enigma. This man moves through the shadows like he is part of them. He swoops in, strikes, and is gone long before anyone ever knows he was even there. The only clues of his presence are the dead body and his song that seems to announce his arrival, the Pharmacist is a living urban legend and no one dares to even speak about this man.

What I do know about him is he is a hunter killer and he specializes in poisons, biological agents, and custom tailored diseases that kill in mere seconds. He is very skilled in the old school arts of stalking and blending in and doesn’t rely on modern technology to advance his career, I can only assume he is a physical adept of unknown strength and power. This man according to the stories I have heard is a master of hand to hand combat and he is no slouch with a firearm either, but his biggest asset is a custom built DAOD variant of the Aries Squirt 2. This pistol is unique and was designed by the Pharmacist and created by DAOD to quicken the delivery of his deadly toxins. This weapon, according to forensic specialist Dr. Green, can unleash the deadly payload even through hardened and dikoted armor. This means that nobody is safe. He is also quoted in saying “Thank the Gods that DAOD destroyed the blueprints to this weapon and it’s only in one man’s hands, though that man is the Pharmacist and that is not good either.” The Pharmacist has been working for so many years now that his legend is bigger than the man most likely. I have also heard more people commit suicide when they get word that this man was hired to kill them.

The Pharmacist is all too real and there are old documents to prove his existence. The only saving grace is this Mossad agent goes after very specific targets and leaves the general public alone. If you are an anti-Semitic, an Islamic, a Nazi, a skin head, or Native you are on his list of targets otherwise the Pharmacist could care less about you. The other very scary thing, and this is what has me very nervous, is this man is the Patriarch of the dreaded Yates family line, yes readers this man is the Father of the Professor and the Accountant as well as the Grandfather of Vortex. The Pharmacist has found the key to immortality and he has obviously shared this secret with select members of his bloodline. The Pharmacist has recently been spotted in Seattle over the last few months so let this be a warming to everyone. This man is old enough to remember the Holocaust and has lived through the Ghost Dance and Nights of Blood. His anger burns deep as he watched as more than 95% of his family got annihilated for the second time. Historical records show that the Yates family lost a large majority of there members during World War Two and some survived the Concentration Camps.

The Pharmacist has been known to work for the HRM and Deaths Hand. He might not agree with their politics, but this man is all for the unification of Europe and the complete annihilation of the Islamic faith and its people. He also holds no love loss for the Elves seeing them as no better than the Nazis and the same goes for the Natives. So again my readers and any fellow Shadow Beat reporters, please do not try to follow up on anything I have posted about this family line. They are some of the city’s, er world’s, best and these men don’t take lightly to being exposed. I will be destroying everything I have uncovered about them after I finish this page. I fear the Yates family more than I fear the Hound and that should say something.

I have no reports on what cover the Pharmacist is using in Seattle nowadays, so keep that in mind. He could be anywhere at any time, this man is a ghost. He moves like the wind and the shadows are his bride. He is a not a myth, he is not a wives tale, or an urban legend whispered about to scare people straight. No, the Pharmacist is all too real and his victim’s family’s are still in mourning over his kills and that justice will never be found for their fallen kin. He might not look imposing like some of the other runners on this site, but this killer just needs to brush his hand on you and you will be dead in an ever so painful manner. In conclusion, when it comes to the Pharmacist do yourself a favor and just avoid contact with this man altogether. He is pure evil and has zero remorse for anything he has ever done.

This is dedicated to all the warriors of the shadows who have fallen in the line of duty. RIP    Crazy Glue: Killed in the Jackals Lantern by an unknown assailant, Her Murder is still under investigation by SPD  Wallace: HRM member killed in the Scottish invasion of England. Rot in Hell Wallace  Tommy: Member of the Regulators recently killed by SPD    Grimm: Member and Leader of the now defunct Ministry, killed by SPD C-SWAT. During the Deaths Hand Invasion  Mr. Walter O'Neil (Sarge): Member of a group only referenced to as the Post Office, He was killed in … END_OF_DOCUMENT_TOKEN_TO_BE_REPLACED