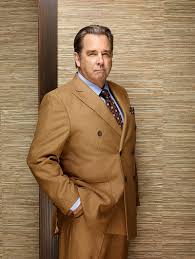 Bio: The Viper is another assassin within the Post office, see a pattern developing here. The Viper was once a CIA agent who slithered through some of the most dangerous parts of the known world, blending in and removing threats to national security. He left the CIA and walked right into the Post Office and has been there ever since, basically the Vipers actions are so classified that if ever revealed wars might be started over his deeds, we know that the Viper kills with toxins and poisons he created and is a master of stealth. He is just as deadly as the legendary Senator when it comes to the use of poisons, so be very careful if the Viper is after you even eating could kill you. He is now in the Post Office and his file is sealed shut, I an’t even access his FBI records so there has to be something big going on here.

This is dedicated to all the warriors of the shadows who have fallen in the line of duty. RIP    Crazy Glue: Killed in the Jackals Lantern by an unknown assailant, Her Murder is still under investigation by SPD  Wallace: HRM member killed in the Scottish invasion of England. Rot in Hell Wallace  Tommy: Member of the Regulators recently killed by SPD    Grimm: Member and Leader of the now defunct Ministry, killed by SPD C-SWAT. During the Deaths Hand Invasion  Mr. Walter O'Neil (Sarge): Member of a group only referenced to as the Post Office, He was killed in … END_OF_DOCUMENT_TOKEN_TO_BE_REPLACED