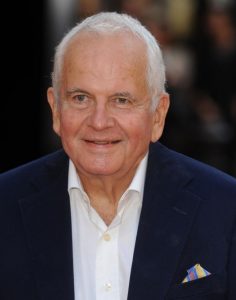 Bio: The Reaper well this man is more a nightmare then anything else. He first emerged on the scene in the 2050’s but some reports say he was working before that. The Reaper was an agent for the British government, and he worked within the Nog. He was sent into to clear out elven villages and basically any elven site. He also busted into Crystal Chrome  and Bio (CCB) and elven corporation, this company is to blame for Nemesis and Tigger so what the Reaper broke in for could not have been good. What we do know is right after this assault on CCB he entered the Post Office and vanished from the record books. His disappearance has the British government upset and rightfully so, since he took with him what he stole from CCB. We have to consider the Reaper to be working again and this time his handler is Mr. Black and with that we have to fear what they are up to, Mr. Black is recruiting some very scary people to work for him and there goals and objectives are completely alien to us. Avoid the Reaper at all costs, he skills are well documented by his many assaults in the Nog this man means business and is no slouch in combat.

This is dedicated to all the warriors of the shadows who have fallen in the line of duty. RIP    Crazy Glue: Killed in the Jackals Lantern by an unknown assailant, Her Murder is still under investigation by SPD  Wallace: HRM member killed in the Scottish invasion of England. Rot in Hell Wallace  Tommy: Member of the Regulators recently killed by SPD    Grimm: Member and Leader of the now defunct Ministry, killed by SPD C-SWAT. During the Deaths Hand Invasion  Mr. Walter O'Neil (Sarge): Member of a group only referenced to as the Post Office, He was killed in … END_OF_DOCUMENT_TOKEN_TO_BE_REPLACED