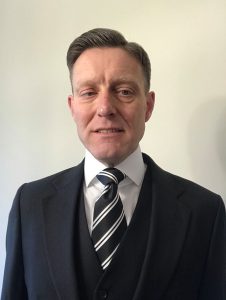 Bio: Mr. Truman is yet another old school runner to return to the game after a long holiday over seas where he was serving with the Sentinels and within the Crowns Royal Special Operation Division; Mr. Truman as he prefers to go by is also known as Anaconda and is one of the most dangerous men to ever walk on English soil, he is a true snake in the grass and has been trained by some of the best in the world and has worked alongside some of the best as well. He might have been born in England though he spent most of his youth here in America and working throughout the nation as a personal guard for the President and after the Purge caused by Agent White he would narrowly escape death and find his way to Seattle where the Anaconda would be born; full of rage and hatred for the way the nation he called home had turned out and with nothing left to loose this man would take to the streets during the early days of the founders and be part of the gallons of blood that painted the city red during those days as Mr. Truman had zero remorse and could care less about any suffering he caused under his blade or gun.

This runner was relatively unknown during those days as a former government agent he knew how to stay hidden and out of the limelight and this would work for this apex predator that was on a mission of vengeance and for one that thought the men he served with had fallen during the purge so the more alone he felt the more his anger boiled and the more he would blame the United Canadian American States (UCAS) and Native American Nations (NAN) witch made him an easy target for the Brotherhood to scope up and bring into their ranks, seeing Anaconda was more than qualified to serve within the Son’s of Odin division alongside some old timers like Crash, Mr. Cadillac, Sellsword and Juggernaut and through these men’s tutelage Mr. Truman would grow even more destructive and as well his hatred would burn deep inside and there wouldn’t be enough blood spilled to extinguish the fires of hate that burned inside Mr. Truman. Even though he was a total professional in his appearance his rage and fury would bring him to the levels of Mad Dog and Dumpster as well as Naga who would as well take a deep interest in Mr. Truman and take him under his scaly wings  and train him in the art of Bounty Hunting the way that Watchman approved off and that meant death to all the guilty….Trials where expensive and they got paid either way so the Watchman didn’t care if targets ever saw heir day in court. This mentality would be exactly what the Anaconda ws looking for a place were the rules where so loose that even the boss had more red marks than a failing students exam.

Also this alliance would still allow Mr. Truman to work within the Brotherhood and yet toss any code that he was supposed to follow out the window since the Watchman and Binary didn’t give two shits just as long the job got done. They also cared little if their people freelanced and went to work for the rising tides of the runner teams that where starting to make the headlines at the time. With Mr. Truman being so full of anger and hatred for the natives and anyone that pledged allegiance to the False Flag he would begin his killing spree within Seattle and slithering through gallons of innocent blood and these actions would not only attract the attention of Mad Dog but it would also draw the attention of Emperor and Evergreen of the Mariners and as the old timers would see potential in Anaconda they also so a chance to direct his anger in a proper direction; though it would be Mad Dog that would see the true potential in Mr. Truman and his hatred and anger would be a perfect outlet for Mad Dog and his quest for total genocide of anyone with Mexican or Native blood and for Mr. Truman he would find a kindred spirit within Mad Dog and the Unholy Alliance was formed and Anaconda would look to Mad Dog as his new mentor as he did with Naga and for Mad Dog this was perfect.

With Mr. Truman’s anger reaching a boiling point his bosses in the Bounty Hunters Guild giving him the green light and the Brotherhood ignoring his actions within the Mariners the stage was set for an ultimate explosion and for this former government killer that was nothing more than an unpredictable ball of hate, he was about to find his rock within Mad Dog and this would not be good for anyone involved as Mad Dog is one of the cruellest son of a bitches to walk and he is as tough as nails and mean as a rattler on a good day and you never want to see Mad Dog on a bad day. This man exploits his victims families and murder is his middle name; why the Mainers even kept him on the roster is the million dollar question but criminals tend to tolerate criminals and they would be in for one hell of a ride with Mr. Truman among their team.

Mad Dog had an apprentice and one that had zero regard for human life and would do anything his mentor said without question and soon Mad Dog would learn that Mr. Truman was more than a warrior with a blade, but  true hunter and one that was far more skilled than anyone had ever predicted. This would be perfect as he had a super solider that would do hi bidding and as well the bidding of the Texas Elite on their native hunts and never dirty the hands of the Elite in the process; Mr. Truman would remain working for Mad Dog long after he left the Mariners during the division as his mentor paid well and directed him at those that were the enemy. Though for Mr. Truman his time in the Mariners would be coming to an end as the war in the shadows was wrapping up and Quick Draw was not putting up with Truman’s overtly violent behaviour and Raptor would reject Anaconda joining his new team as he already had Claw to deal with. This would leave Mr. Truman alone once again in the deadly world of the shadows; though he wasn’t truly alone as the Beast would find his former friend and teammate and tell him that the Presidents Men where not extinct and they needed the Anaconda back in their ranks; Mr Truman would go back to work for the Director and Watcher but eventually even his anger was to much for this order of assassins and he would be put on probation and sent back to England with the Chairman to settle down this once refined killer and bring the calm back to Mr. Truman and restore the honour that he once held as a Sentinel and Royal Guard………….<<<<<HEY MOTHER FUCKERS…..I AIN’T NO TESLA, KEEP REPORTING ON MY FRIENDS AND YOU WILL BE FUCKING DUSTED……MARINER 4 LIFE and NEVER FUCKING FORGET THAT……DEATH BRINGER OUT!!!>>>>>>

This is dedicated to all the warriors of the shadows who have fallen in the line of duty. RIP    Crazy Glue: Killed in the Jackals Lantern by an unknown assailant, Her Murder is still under investigation by SPD  Wallace: HRM member killed in the Scottish invasion of England. Rot in Hell Wallace  Tommy: Member of the Regulators recently killed by SPD    Grimm: Member and Leader of the now defunct Ministry, killed by SPD C-SWAT. During the Deaths Hand Invasion  Mr. Walter O'Neil (Sarge): Member of a group only referenced to as the Post Office, He was killed in … END_OF_DOCUMENT_TOKEN_TO_BE_REPLACED