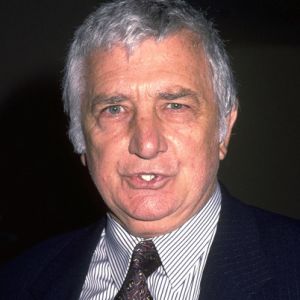 Bio: When one speaks about the runner known simply as Macabre you can bet your bottom dollar that it is spoken in hush tones and with a slight tremor of fear on their voice. Macabre is the master of horror and the night, this runner has terrorised many neighbourhoods as well as many corporations with his special brand of terror. Macabre is a master of the night and he uses the darkness and fear of the unknown to his advantage, by striking at the one aspect his targets can not fully control, that being the darkness of night. His operations read like a horror novel, with the only truth being the death of his target or theft of a valuable asset. Macabre is not a soulless killer, but he is more then willing to steal the breath out of his victims. For him it is only a job and if he was contracted to remove a living victim then they were deserving of death, for this man it’s more about the show and hearing the screams of his victims as they navigate the darkened corridors to avoid his blackened blade.
This man of the night has been in operation since the early 2030’s though not directly within the Seattle Proverb for the entire time. Macabre has not retired or fully faded away into the shadows of the night. He has just become a travelling killer and soldier of the night. This runner of the shadows is not only about bringing death in his wake, he is as well about protecting the people from those that would wish to cause harm to the innocent and defenceless. Though Macabre has a unique view about who is truly innocent and this line that he draws in the sand is quite fine and left up to his interpretation of innocence and guilt. One could classify Macabre as a vigilante if he wasn’t a for hire hunter, this man does not work for free and he does not fully go after the guilty, remember Macabre has his own classification as to who’s guilty and who’s innocent.
Many of this man’s operations have gone down without a hitch and he has left many victims mentally scarred from this master of horror and the macabre. The only reason we even know of this runner is do to his legend and the actions he takes to scare his victims to the brink of insanity and then beyond, this man will normally never actually have to strike down his victims himself as most choose suicide over dealing with another darkest night. Even reporting on what this man does to his victims to bring the most sturdiest of minds to the brink of insanity and eventually to suicide varies and is always a case by case situation. Though if the victim just wont die on their own, he will not worry his blackened little heart about snuffing the life out of them himself. Macabre never brings the guilty to justice through having the arrested, his brand of justice is through death and then allowing their soul to either spend eternity in Hell or suffering in purgatory if you actually believe in that sort of stuff.
So when it comes to the man known as Macabre, he truly is what nightmares are made of and he is the guardian of the night and bringer of justice to those he deems are guilty. No one is truly safe from the workings of this master of terror and no one will ever hear you scream if you become scripted in one of Macabre’s tales of horror and suspense. He is the play-write and you are his actors so be prepared for a terrifying journey of suspense, psychosis and eventually death.

This is dedicated to all the warriors of the shadows who have fallen in the line of duty. RIP    Crazy Glue: Killed in the Jackals Lantern by an unknown assailant, Her Murder is still under investigation by SPD  Wallace: HRM member killed in the Scottish invasion of England. Rot in Hell Wallace  Tommy: Member of the Regulators recently killed by SPD    Grimm: Member and Leader of the now defunct Ministry, killed by SPD C-SWAT. During the Deaths Hand Invasion  Mr. Walter O'Neil (Sarge): Member of a group only referenced to as the Post Office, He was killed in … END_OF_DOCUMENT_TOKEN_TO_BE_REPLACED