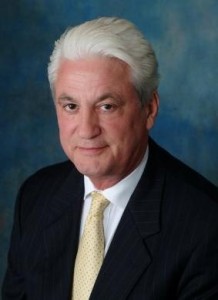 Weight: 155
Apparent Age: 60
Archetype: Hermetic Magi: Circle: Good Damn Question
Preferred Weapon: Katana
Runner Song:
Bio: Merlin is the last hermetic magi to belong to the troubled Unforgiven, this man served alongside Roadrunner since before the return of the sixth world and the scary aspect is Merlin was able to harness magic long before it returned to the world. Some say this man is the earthly embodiment of the storybook Merlin and from this reporters perspective I tend to believe the tales. Merlin’s actions during those troubled days are clouded in mystery and there is little actually documented of what he did during the Vietnam conflict and the Raid on Searchlight. We know he was there and we know he was involved but what he did nobody is talking about, even the mention of Merlin’s name sends shutters of fear through the minds and bodies of those that survived those encounters. Merlin himself is a seasoned infiltrator and shows strong talents of the physical adept, though their is no one who can assen his aura to confirm if he is a physical magician.
Merlin wields great power and his spells are of mostly unknown origin and do to this their is no known spell defence against the magic he wields, he hurls spells at the speed of a machine gun and with the deadly accuracy of a sniper. Though he favours slicing the throat of his enemy or simply putting a bullet in the back of their head so this magi is very unpredictable. The fact that the Ghost was able to pull the wool over Merlin’s eyes for so long shows how much these men trusted each other and how much trust they put into the Ghost. For Merlin’s mystical connection to both spirit and elemental should have been enough evidence to hang the Ghost, though Merlin was left just as baffled and sent running for Las Vegas once the Ghost struck.
This is one Hermetic that is bent on revenge and has his sights set on the Ghost, for nearly killing him, betraying the unit, killing his family and damning the Unforgiven to a life as dishonoured war criminals. The Ghost made a very serious mistake angering a man that wields magic of unknown origin, has mastered more than a handful of his own personal spells and might be a physical adept as well. Merlin being a infiltrator like the rest of the Unforgiven makes this magi even more deadly, since he is skilled in the silent kill and can strike without warning. Anyone who ever has the privilege of seeing the Unforgiven in action is in for a rare treat, as these men are legends and masters of their craft. Though it can also be very disturbing to watch or see the aftermath since they leave no-one alive.
Merlin is on the hunt with his remaining brothers and legend says the last seven Unforgiven are immortal, this might be legend but you don’t ever want to test this theory and stare down Merlin in battle. He will kill you before you even know you are dead, or worst case is he dissolves you into a puddle with a simple brush of his hand. Merlin is no joke and he needs to be respected for the true master of the craft he is, respected for being a true American hero, and respected for surviving against all odds. To stand in Merlin’s way will only end badly and if he doesn’t remove you one of the Unforgiven is never to far away and these men can anticipate what the others going to do before they do it, they can also anticipate what each other needs and if your death is par for course then you are already dead; words to live by “They are the Forsaken, the Haunted, the Devils of the Wastes, the Unsung Hero’s for they are the Unforgiven and your living in there war.” Heading these words can save your life one day, the Unforgiven will fight this war where ever the enemy resides and they understand the first causality of war is innocence.
Page Written By: Cyclops

This is dedicated to all the warriors of the shadows who have fallen in the line of duty. RIP    Crazy Glue: Killed in the Jackals Lantern by an unknown assailant, Her Murder is still under investigation by SPD  Wallace: HRM member killed in the Scottish invasion of England. Rot in Hell Wallace  Tommy: Member of the Regulators recently killed by SPD    Grimm: Member and Leader of the now defunct Ministry, killed by SPD C-SWAT. During the Deaths Hand Invasion  Mr. Walter O'Neil (Sarge): Member of a group only referenced to as the Post Office, He was killed in … END_OF_DOCUMENT_TOKEN_TO_BE_REPLACED