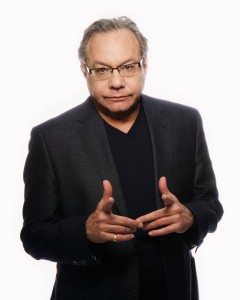 Bio: Well lets talk about the man known as Internment, this runner of the shadows operates mostly under the shroud of deception and mists of legend. For their is actually no concrete proof of his existence other them the rumblings of old soldiers that have claimed to have seen Internment lurking around camps and battlefields, As the legend goes this man will ride in on a black horse with a ashen mane and breaths fire, he just observes the battlefield or camp from afar till the time is right to strike. This is when Internment rides into the camp and with the surest of strikes  he steals the life from his target. one by one they fall before the majesty that is his steed, and just as quickly as he arrived he vanishes back into the night leaving only the lifeless corpses behind and the sent of fire and brimstone. For three days Internment will strike killing any who dare to stand in his path as he drags their souls down to the fiery pits of hell. This is of course a precursor to the main event, as Internment’s presence at the battlefield or camp is just a demoralizer and not the main event. For this he rides into the camp of his victims and with a crack of lighting and the rumbling of thunder he strikes ever so deadly as the mists roll in and clouds blanket the sky. The winds of the north howl with such force as to extinguish all flames and soon the generators fail and total darkness consumes the land only the burning embers of his steeds eyes piercing the night and the sickly reddish glow of his sword as Internment makes his way calmly towards the the tent, office or bedroom of the commander. Time seems to be at a standstill as he gracefully avoids all the awaiting soldiers as he enters the commanders domicile. What happens next is left up to interpretation and myth, though all accounts report that the commanders body is discovered the next morning beheaded and without any blood are sign of struggle. The body shrunken and mummified nothing more then a husk of it’s former self.

Some of the Chaplin’s of the UCAS military report that it’s almost as if Internment steals their very soul as he removes their heads. They have all reported that they can feel the disturbing chill of evil through the scene almost as if the God himself has forsaken the poor victim of Internment. This being said their is really no concrete evidence that this man even exists, though the legends all are resounding the same and the stories of the scarred witnesses never vary. The strikes are always three days in time, the victims all seem to be left in a soulless state and on the final day the commander is always left without his head. To this day no-one has ever located any of the victims missing heads and their has been no one that can ever confirm if he does exist. Even the photographic evidence that we have is a reproduction from witness accounts as to what they claim Internment to look like, so don’t even have any visual proof either just word of mouth.
Their are those that will swear on their lives that this man is real and he is a spirit of vengeance bent on destruction and seeking justice for some wrong that has been done. Though one thing is for certain, all the stories of Internment are from UCAS soldiers and it seems he is only striking these camps, battlefields and other locations connected to the UCAS. Their are some that have referred to Internment as to the Legend of the Headless Rider though this man most definitely has a head, so if this could be nothing more then yet another myth about this man. How he received the name of Internment is unknown, since he doesn’t actually bury any of his victims. Though he does send them to an early grave and always without a head.
Though we can agree on one thing in this world, that being there seems to be some truth behind these legends and myths. So if you choose to believe the tales of Internment or not, there is a slim chance that all the ramblings are true and this man does actually exist. Though I would never want to see it with my own two eyes to confirm or deny his existence. I will leave the myth alone and do my best to avoid any situation that will put me in the path of this black horseman and I recommended you do the same if you wish to keep your head attached and soul intact. It seems that these urban legends are more reality then fantasy and this is one ghost story that I never want to confirm.
Page Written By: Shadow Writer

This is dedicated to all the warriors of the shadows who have fallen in the line of duty. RIP    Crazy Glue: Killed in the Jackals Lantern by an unknown assailant, Her Murder is still under investigation by SPD  Wallace: HRM member killed in the Scottish invasion of England. Rot in Hell Wallace  Tommy: Member of the Regulators recently killed by SPD    Grimm: Member and Leader of the now defunct Ministry, killed by SPD C-SWAT. During the Deaths Hand Invasion  Mr. Walter O'Neil (Sarge): Member of a group only referenced to as the Post Office, He was killed in … END_OF_DOCUMENT_TOKEN_TO_BE_REPLACED