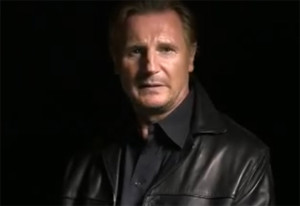 Weight: 200
Apparent Age: 50
Archetype: Street Samurai
Preferred Weapon: DAOD Nemesis
Bio: Hannibal is a high ranking officer within the Hand, he is basically the Dictators go to man to dealing with trouble makers an problem children. As it goes Hannibal has zero concern for any life period and will do whatever he is ordered to do with swift results. His life prior to the hand is no where to be found, and his life in the hand is protected by Samhain so finding anything is impossible. So what I can report about him is that Hannibal is a hunter, him and him men are used to track down the unfindable. If you go off the grid, Hannibal is dispatched to find you and end your life and he has a 100% success rate at this. So trying to hide from him forget about it, and if you become to much of a thorn in the Hands side and Hannibal hasn’t taken care of you yet, they will dispatch Wraith, Sleepwalker, Patches or Scarecrow to deal with you as well. The Hand is not known for taking things lying down and they react with a swift and unyielding vengeance and that vengeance’s name is Hannibal. He tracked down the British agents who killed Mary mere hours after her body was discovered and then on Dictators orders executed them and incinerated the bodies. This is not a man you want to piss off obviously wars start and end cause of him.

This is dedicated to all the warriors of the shadows who have fallen in the line of duty. RIP    Crazy Glue: Killed in the Jackals Lantern by an unknown assailant, Her Murder is still under investigation by SPD  Wallace: HRM member killed in the Scottish invasion of England. Rot in Hell Wallace  Tommy: Member of the Regulators recently killed by SPD    Grimm: Member and Leader of the now defunct Ministry, killed by SPD C-SWAT. During the Deaths Hand Invasion  Mr. Walter O'Neil (Sarge): Member of a group only referenced to as the Post Office, He was killed in … END_OF_DOCUMENT_TOKEN_TO_BE_REPLACED