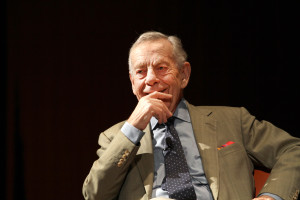 Weight: 145
Apparent Age: 65
Archetype: Physical Adept: Circle: Unknown
Preferred Weapon: Cleaver
Runner Song:
Bio: Owl well this shifter is a real problem for our privacy and keeping secrets secret. He is a reporter and uses his flight and natural abilities to get the scoop on basically anyone and anything. Owls are the master of stealth flight and as well perception, he is the ultimate reporter. That doesn’t mean Owl hasn’t used his ability to end life. Remember they are birds of prey and those instincts are truly driven home with this man. You can almost assume that any murders that the Owl has reported on are probably his and he just passed the blame to some unsuspecting innocent bystander.
Owl is not originally from Seattle and has only recently been here working covering the breaking stories of the Hijackings, The Bombings, and The Runners War. He is originally from Boston and even though he has been active since 2053 one could call him a new breed runner, though he is still not one to be reckoned with. The owl has 360 degree vision and a master of the senses and stealth, both on land and in the air. I should be happy about him being a reporter myself but this man gives all journalists a bad name, and his murderous tendencies make him a complete terror of the night.
If you see an Owl watching you under the gleam of the nights sky, it might just be the Owl so be very cautious for he might be observing for a story or dinner. This a choice, you really don’t want to be left up to fate.

This is dedicated to all the warriors of the shadows who have fallen in the line of duty. RIP    Crazy Glue: Killed in the Jackals Lantern by an unknown assailant, Her Murder is still under investigation by SPD  Wallace: HRM member killed in the Scottish invasion of England. Rot in Hell Wallace  Tommy: Member of the Regulators recently killed by SPD    Grimm: Member and Leader of the now defunct Ministry, killed by SPD C-SWAT. During the Deaths Hand Invasion  Mr. Walter O'Neil (Sarge): Member of a group only referenced to as the Post Office, He was killed in … END_OF_DOCUMENT_TOKEN_TO_BE_REPLACED