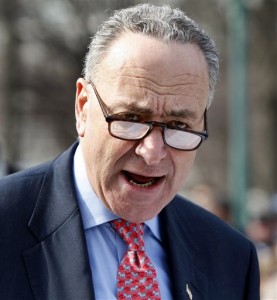 Weight: 180
Apparent Age: 60
Archetype: Street Samurai
Preferred Weapon: AK 98
Runner Song:
Bio: Rampage is one of the Deaths Hands most fierce assassins besides Panama of course, this man uses brute force and a level of violence unseen by anyone prior. He is not one of those shadowy killers, if the Hand dispatches Rampage to get you, well you know it. He uses the environment to his advantage and he as well will bring hell down upon you and everyone around you. This man uses high capacity assault riffles and machine guns. he uses high explosives and sentry weapons. The Hand only dispatch Rampage when the need to send a very personal message and his work speaks for itself, this killer has murdered thousands in his tenure with the Hand and is wanted on basically every continent for his killings. Rampage cares little for collateral damage and if he has to bring a building down or raise a street to get his target he will, if Rampage is after you there is basically know were safe to hide. Going after this monster head on is not recommended either since Rampage has been trained in combat by the Hand and the UCAS  Marine Corps so basically if you hear the mutterings in the shadows that Rampage is after you, just keep running till he finally catches you or turn and fight and die a very brutal death. Rampage has zero honour and will do basically whatever it takes to kill you, one plan fails he is quick to adapt and modify his tactics. This is one assassin, you never want dispatched with you as his target, lucky for us he hasn’t been seen in Seattle but that doesn’t mean he is not here on business already.

This is dedicated to all the warriors of the shadows who have fallen in the line of duty. RIP    Crazy Glue: Killed in the Jackals Lantern by an unknown assailant, Her Murder is still under investigation by SPD  Wallace: HRM member killed in the Scottish invasion of England. Rot in Hell Wallace  Tommy: Member of the Regulators recently killed by SPD    Grimm: Member and Leader of the now defunct Ministry, killed by SPD C-SWAT. During the Deaths Hand Invasion  Mr. Walter O'Neil (Sarge): Member of a group only referenced to as the Post Office, He was killed in … END_OF_DOCUMENT_TOKEN_TO_BE_REPLACED