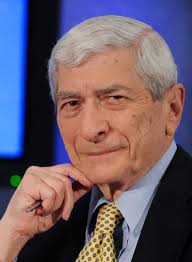 Bio: Frost is a General of the Hand in charge of the Norwegian, Icelandic and Netherlands forces, this man is as cold as his name says he is and well he is not a Christian, Frost is a Heather and Pagan. This man has restored the Heathen belief structure to these lands and pushed Christianity out, this seems to go against everything the Hand stands for. Though Frost has been allowed to get away with these tactics and in doing so he has restored the peoples faith in the Old Gods and as well they took to this well and basically just feel in with what the Hand wants. Frosts com%%^&*((()((*&%%<<<<<<<<FILE ERADICATED>>>>>>>

This is dedicated to all the warriors of the shadows who have fallen in the line of duty. RIP    Crazy Glue: Killed in the Jackals Lantern by an unknown assailant, Her Murder is still under investigation by SPD  Wallace: HRM member killed in the Scottish invasion of England. Rot in Hell Wallace  Tommy: Member of the Regulators recently killed by SPD    Grimm: Member and Leader of the now defunct Ministry, killed by SPD C-SWAT. During the Deaths Hand Invasion  Mr. Walter O'Neil (Sarge): Member of a group only referenced to as the Post Office, He was killed in … END_OF_DOCUMENT_TOKEN_TO_BE_REPLACED