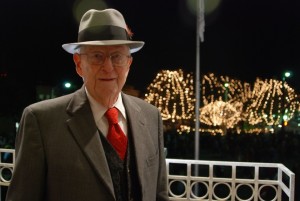 Weight: 115
Apparent Age: 70
Archetype: Detective
Preferred Weapon: Ruger Thunderbolt
Runner Song:
Bio: Well when it comes to Detectives that scream old school only a few names come to mind and one of those names is the man and the myth known as Shamus. This old cop should have retired many years ago, but he holds onto his golden shield with a death grip and he won’t allow himself to retire and fade away like so many of the officers of his generation. Shamus is one of those good old pitbull’s that once he has his jaws locked onto a case will never tire and never relent, this man has been wounded many times on duty and keeps coming back for more, this man has sent many criminals up the river and has closed so many cold cases that he has been but in charge of that division to keep his preoccupied and busy. Shamus frowns on the new school techniques and does not agree with the newest technology, he uses his wits and his skill to survive on the mean streets of Seattle. Shamus doesn’t have a lick of cyberware or bio and he is not of the sixth world, this man might not have the edge some of the younger detectives have but what he lacks in edge he makes up for with tenacity and raw skill and experience.
Shamus absolutely hates the runners and how they have become a counter culture phenomenon, he hates how they are looked up to as hero’s and role models by the cities youth. He remembers a time when hard work and dedication meant something, and obeying the law and following the rules where paramount when people respected and looked up to the police, the veterans and respected their elders. He can’t understand how murderers, cybered junkies and hackers can become idols and hard working police officers are seen as the enemy. Shamus’s views are not far off, as there appears to be many who share his values but are to afraid to speak out.
Shamus might be a relic from another age, but that doesn’t mean he should be over looked, this old cop is still on the job and he is still busting and bringing down criminals. He is still closing cold cases and cases thought to be unsolvable so be very cautious with Shamus this pitbull is one old dog you never want on your trail. Never under estimate the old school methods that have stood the test of time for ages and never under estimate Shamus or you might find yourself behind bars.
Page Written By: Shadow Writer

This is dedicated to all the warriors of the shadows who have fallen in the line of duty. RIP    Crazy Glue: Killed in the Jackals Lantern by an unknown assailant, Her Murder is still under investigation by SPD  Wallace: HRM member killed in the Scottish invasion of England. Rot in Hell Wallace  Tommy: Member of the Regulators recently killed by SPD    Grimm: Member and Leader of the now defunct Ministry, killed by SPD C-SWAT. During the Deaths Hand Invasion  Mr. Walter O'Neil (Sarge): Member of a group only referenced to as the Post Office, He was killed in … END_OF_DOCUMENT_TOKEN_TO_BE_REPLACED