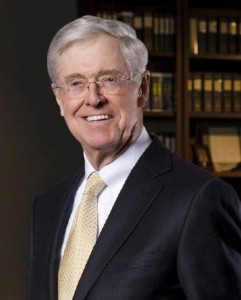 Weight: 165
Apparent Age: 55
Archetype: Hermetic Mage: Circle: Unknown
Preferred Weapon: English Long Sword
Runner Song:
Bio: This man is a perfect fit for the Deaths Hand, he is one of those blasted old coots that just wont go away, and now he has joined forces with the murderous Hand. He is stationed in the Hands secret home base now and uses his magical practices to aid Alexander on his conquest of Europe, he has turned his back on the people and country that helped create this man. He ran the shadows back in the early days, when the streets where young and the ashes of the new age had barely cleared. When his spark ignited this man took to the sixth world like a moth to a flame and he used his vast business knowledge and academic studies to aid other fledgling magi in the hidden arts. He opened multiple schools throughout Seattle some of witch are still open today to teach the cities youth and at the time anyone knew to the sixth world. He also opened the first legitimate occult shops in the city. That catered to the cities new Magi and Shamans, this man’s had a heart of gold and in those troubled early days he was the silver lining.
Though this didn’t last long as greed filled his heart and he was being sought after by Johnson’s and others in need of a shadow opp, and hence he walked into the shadows to lend his skills and his mystical arts, he was never on any of the legendary jobs of the time, though his impact can be felt throughout the sixth world and throughout the UCAS. He trained some of the cities nastiest magi, namely the Ringmaster, Sorcerer, and the late Nightshade among others. It is said he has the worlds largest magical library and even has tomes that where lost in time.
The Librarian was friends with the late CEO of corporation X, Kato and was granted access to there vast magical research facilely the Bio-Sphere 666, and as well to the Zavatron project whatever that means, he as well assisted the UCAS government with the development of the mystical wing of the Library of Congress.
Yes it seems this man was all heart of gold, well greed will make a man do strange things and this man, has used his magical prowess to kill more people in a single night the most plagues do in a lifetime. There used to be a small island off of Aztlan called well it really doesn’t matter what its called since the island is vacant of life. He was hired by Aztec to remove all the living beings from this land, so they could use it for a research lab for what I am not sure. But this is Aztec people it can’t be good. It is said he was paid considerably well and even taught the feared Blood Magic for successful completion. Though Aztec will deny any claims that they practice blood magic. Well I guess only the Librarian will know the truth here.
This man has blood on his hands, and yes he holds the blood of entire tribe of people stained on them. Not like it matters much to him, after this job was done. He took his money and vast library and walked with open arms into the Hand, he even stole a few priceless books from the Library of Congress when he left. This man has been working with Alexander ever since as his personal magical advisor and training the new Hand recruits in the sixth world studies. He also heads the Hands Mystical division, as a General he has command of hundreds or more of magical solders and he knows how to use them most effectively. If he has blood magic that is unknown but I do know, that he keeps the Hands main fortress well protected against magical intrusion. He also commands a devastating force of elementals, so he has taken his brand of ethnic cleansing to a new level inside the Hand.
When it comes to the Librarian best to leave this man to his own vices, he will slip up soon enough and then he will take that long humbling walk up the gallows stairs to have the noose tightened around his neck for his final fall as he hangs for his crimes.

This is dedicated to all the warriors of the shadows who have fallen in the line of duty. RIP    Crazy Glue: Killed in the Jackals Lantern by an unknown assailant, Her Murder is still under investigation by SPD  Wallace: HRM member killed in the Scottish invasion of England. Rot in Hell Wallace  Tommy: Member of the Regulators recently killed by SPD    Grimm: Member and Leader of the now defunct Ministry, killed by SPD C-SWAT. During the Deaths Hand Invasion  Mr. Walter O'Neil (Sarge): Member of a group only referenced to as the Post Office, He was killed in … END_OF_DOCUMENT_TOKEN_TO_BE_REPLACED