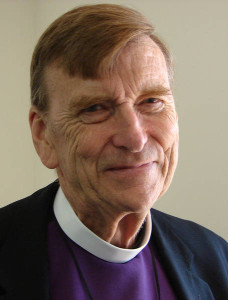 Bio: This is a man of circumstance and thats all really, he is an actual man of the cloth and still serves mass today at Saint Luke’s Episcopal Church. The Bishop came to be when the neighbourhood he lived in and worked in was being over run by corruption from city officials and from the local gangs. His once peaceful neighbourhood was turning into a war zone and he was watching as the children where being corrupted away from the Church and a life of good and into a life of violence and crime. His youth centre was overtaken by the local gangs and Lone Star refused to do anything to help, he even reached out to his city councilman once his parishioners where coming to him pleading for help. He received no help and he had to sit ideally by and watch as the youth were killing each other over territory and stupidity. This man used his role as the neighbourhood minister to try to reach out to the children he once gave guidance and with each passing day his pleas where falling on deaf ears. Till one faithful evening when he was at home with his family getting ready to sit down for diner when he heard the screeching of tires followed by automatic gunfire. His home was being riddled with bullets glasses shattering, pictures on the wall exploding, he grabbed his youngest and took cover under the table. As fast as it started he heard the roar of an engine and it was over, when he crawled out from under the table his worst nightmare had come to light he saw his second born laying dead from a gunshot would to the chest and his wife frantically cradling there fallen son.

This is dedicated to all the warriors of the shadows who have fallen in the line of duty. RIP    Crazy Glue: Killed in the Jackals Lantern by an unknown assailant, Her Murder is still under investigation by SPD  Wallace: HRM member killed in the Scottish invasion of England. Rot in Hell Wallace  Tommy: Member of the Regulators recently killed by SPD    Grimm: Member and Leader of the now defunct Ministry, killed by SPD C-SWAT. During the Deaths Hand Invasion  Mr. Walter O'Neil (Sarge): Member of a group only referenced to as the Post Office, He was killed in … END_OF_DOCUMENT_TOKEN_TO_BE_REPLACED