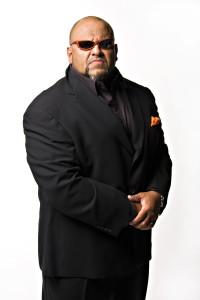 Weight: 150
Apparent Age: 45
Archetype: Physical Adept: Circle: Unknown
Preferred Weapon: Cyber Spurs
Runner Song:
Bio: This ball of fury is filled with nothing but anger, hatred and rage, Wolverines code of conduct is barley held together and his humanity is almost all but lost. Only the Chaplin is keeping him in check and not letting him loose on the natives, Wolverine would not care if he sunk his claws into a civilian or soldier. This the Dogs know and they try to keep a tight leash on this ball of fury, knowing that the NAN and UCAS already deem the Devil Dogs an enemy of the state and murderers, they don’t need the bad press if Wolverine goes unchecked.
This man is in no way approachable and he is holding onto what shred of his humanity he has left by a thread, the Wolverines hatred has almost consumed him and so it’s best to avoid contact with him, and if you must be near the Wolverine tread lightly and watch your words and movements unless you want to risk the wrath of this man. The Wolverine is another that appears much younger then he is, and he is kept back as the guard to Warpath and Chaplin, so again if you must approach the Wolverine be very careful this man has been killing since before the Ghost Dance and he will have no care about adding you to his long list of victims.

This is dedicated to all the warriors of the shadows who have fallen in the line of duty. RIP    Crazy Glue: Killed in the Jackals Lantern by an unknown assailant, Her Murder is still under investigation by SPD  Wallace: HRM member killed in the Scottish invasion of England. Rot in Hell Wallace  Tommy: Member of the Regulators recently killed by SPD    Grimm: Member and Leader of the now defunct Ministry, killed by SPD C-SWAT. During the Deaths Hand Invasion  Mr. Walter O'Neil (Sarge): Member of a group only referenced to as the Post Office, He was killed in … END_OF_DOCUMENT_TOKEN_TO_BE_REPLACED