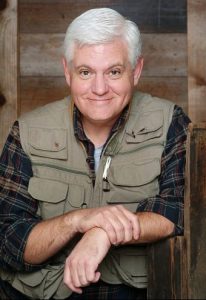 Bio: Well who do we have here….Mr. Prescott the other Ghoul of the Shire and man that should be easy as hell to remove seeing he broke his back during the Inishmore Invasion on 2018. This former 51st Razorback is useless and worthless as he still walks with a cane and claims to be a swordsman, ya he can barley move and I cant call Rubix a coward seeing he was laying injured and dying during most of the conflict and just got lucky that he lived. It should have been a clean sweep in my opinion, this Razorback and Speedy should have both been killed or executed for surviving hence all dead.

This man is a career marine and another that has been gifted Immortality through that damned Immortality Project, he has been a US marine for most of his existence and somehow he is now a member of the Tennessee Elite and able to ravage the shadows as the street killer Rubix….I have to say they can do scary things with cyber and bio these days. I still don’t understand how he can walk let alone fight but he does and it must be do to his medication as reports from the Elite base state that Prescott was knocked over and beaten by a recruit so his injuries must be truly holding him back and this gives us hope that all the war wounded of the Inishmore Invasion can be taken by basically a civilian with a gun.

If he was once a threat that is left to discussion, but Rubix now is a washed up relic of the past that needs to be put down like the Old Yeller. He claims to be a big deal yet I have never heard of anything done by Rubix except complaining and playing the blame game. Rubix is a wannabe and is just being paid lip service by the rebels do to his veteran status, that must be why he was allowed to join the US Elite and never leave the base, he is another desk jockey that will be keeping his friends office organised and polishing the medals for their uniforms as something to impress the recruits.

If you see Rubix on the street simply push him to the ground and kick him in the back, he will be defenceless and easy to kill; this would leave the Ghouls of the Shire to only the coward Grimes. The entire 77 and maybe more now seeing that others have been exposed to have been fighting or sabotaging throughout the Great Britain during that encounter. These so called bad assess are nothing but broken children crying about some so called injustice, they are drug addicts and need  endless supply of narcotics to keep going, they are haunted by their dreams and don’t sleep, so best way to deal with them is to wait till they take their sleeping pills and cut their throats. The 41 Strong are worthless hacks that are so useless they all hide in offices and behind desks, the 21 Walking Dead are broken little puppies that can be simply stepped on and removed as they cower at the slightest threat of conflict, the 13 Ashen Riders are simply addicts and scared of their own shadows….nothing to worry about here, and the 2 Ghouls of the Shire well they are so easy to kill a kindergartener can take them out with some edible paste and a pipe cleaner, hell a just blowing on them would knock either of them over….just make sure you kick Grimes and Prescott in the back and they will be in so much pain you can kill them t your leisure and laugh at their suffering.

These men are simply jokes and nothing to fear, readers the Demure have spoken and we decree it’s open season on these wounded warriors as they are so easy to kill it should be considered practise for the 31 Brave that would need a little more to remove but nothing more than a high schooler couldn’t handle and than we get to the Fathers of Armageddon….these are as well a joke and easy prey as they are as well scared of their own shadow and hell Quinn will be in public office a well placed shot will remove the soon to be Governor. The others just hit with a bat and than don’t stop hitting paint the streets red with their blood and watch as the country rejoice at the deaths of the 401st, 82nd, 51st, Texas 1st and 67th.

So readers start hunting these wimps and paint the streets red with their blood, if you can get some of the Minutemen in the process all the better….it’s your civic duty as a citizen of the UCAS to kill these bastards and you will be hailed a hero by your fellow countryman………………………………………………………….<<<LOUD GUNSHOT>>> Piss Off you Demure Bastard, I am through playing nice, now I will simply eradicate all of you and remove your families, friends and kin……the sins of one have damned you all, it’s to late for apologises and it’s time you begin to write your own eulogies and prepare the obituaries for your friends and family cause I have had enough and I must swim through gallons of blood I will send all of you straight to hell!!!!

This is dedicated to all the warriors of the shadows who have fallen in the line of duty. RIP    Crazy Glue: Killed in the Jackals Lantern by an unknown assailant, Her Murder is still under investigation by SPD  Wallace: HRM member killed in the Scottish invasion of England. Rot in Hell Wallace  Tommy: Member of the Regulators recently killed by SPD    Grimm: Member and Leader of the now defunct Ministry, killed by SPD C-SWAT. During the Deaths Hand Invasion  Mr. Walter O'Neil (Sarge): Member of a group only referenced to as the Post Office, He was killed in … END_OF_DOCUMENT_TOKEN_TO_BE_REPLACED