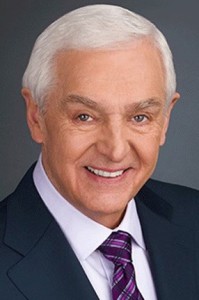 Weight: 180
Apparent Age: 60
Archetype: Mercenary Adept: Circle Unknown
Preferred Weapon: DAOD Crossbow (Modified)
Runner Song:
Bio: Well this is the man nightmares are made of, his name is Toxicity and he loyally serves the dreaded Deaths Hand. Do to the level of fear I have for this man I will keep this article short and to the point. Toxicity is one of their specialised cleaners that handles anyone unlucky enough to be deemed a loose end and they don’t want any body to ever be found. This man kills in the most cruel manner and for the Deaths Hand it’s just business as normal. All you need to know about this man is that his first strike is not lethal, this is a subduing toxin that renders your body fully paralysed and numb from the neck down. So you are fully awake and aware of what you are in for, from this point he abducts you and takes you on your last ever road trip to one of his many undisclosed locations throughout the world. Once he has you in his lair the true terror begins and for Toxicity this is what he enjoys the most, hearing your screams of fear and pleas for mercy and how you don’t want to die. He then restrains his victims by the wrists and hoists them up into the air and hangs them precariously over a vat of acid, as you scream and cry he slowly lowers the victim into the acid bath feet first. The numbing toxin renders you pain free, but the feeling of having your body eaten alive by this acid must be overwhelming, he then pulls you out of the acid and then sends you back into the drink a little further each time. He has mirrors strategically placed throughout his lair so the victim can witness fully the affects of his torture technique. The whole process takes hours for the subject to die from the acid bath, but the terror is all true real as they slowly watch as they are consumed by the acid and just praying for death.
For Toxicity death is the only guarantee but this man can squeeze anything out of his victims for the promise of a merciful quick plunge into the acid bath bringing forth instant death. Though this is not his intentions and he fully enjoys the long drawn out process and making death as long and frighting as possible. He records the torture and sends the victims family a copy of the video showing them just exactly what might await them next if the Hand feels they too are a loose end. The torture victim normally spills his guts before loosing his guts to the acid, and if they revealed anything incriminating Toxicity has standing orders to continue down the chain till all loose ends are dealt with.
For Toxicity he doesn’t care who he has in his trap and he thoroughly enjoys kidnapping the targets children and giving them their final bath as just a warning to never cross the hand or as a prequel of events to come for the intended target. Needless to say his tactics are quite effective and many like me fear ever getting on Toxicity’s radar, this is a death that I wouldn’t even wish on my worst enemy and ever since I saw on of the tapes during a lecture at the university, I have been having nightmares about this killer. Toxicity is real and he is out their unchecked and killing in this cruel manner and has been for decades, their is no one that dares to track him down and bring this man to justice. Just the thought of being on his radar can bring grown men to tears cause death is the only certainty it’s just the waiting for the cold embrace of the reaper and never knowing if today will be your last day on earth but once you feel that prick and your body begins to stiffen and go numb you only wish that you had committed suicide to save you the terror your about to endure. This my readers is why it is best to never accept any assistance from the Deaths Hand and if you get involved with them hope to never become a loose end. Though if karma is not with you, pray that when they do come for you they show mercy and don’t send Toxicity, so you can have a swift death and not be taken on the roller coaster of terror ending in your slow death.
Page Written By: I Choose Life

This is dedicated to all the warriors of the shadows who have fallen in the line of duty. RIP    Crazy Glue: Killed in the Jackals Lantern by an unknown assailant, Her Murder is still under investigation by SPD  Wallace: HRM member killed in the Scottish invasion of England. Rot in Hell Wallace  Tommy: Member of the Regulators recently killed by SPD    Grimm: Member and Leader of the now defunct Ministry, killed by SPD C-SWAT. During the Deaths Hand Invasion  Mr. Walter O'Neil (Sarge): Member of a group only referenced to as the Post Office, He was killed in … END_OF_DOCUMENT_TOKEN_TO_BE_REPLACED