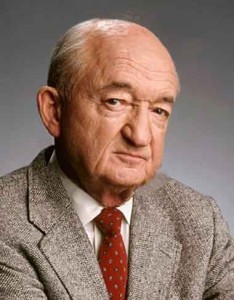 Bio: Well it’s time to alert the people of the city about a serious threat to their survival has been seen within the boarders of the Emerald City and his name is simply Barbecue. This man is nothing more then a killer and whats even scarier this frail old man is quite literally a God among men and he knows it. This runner originally hails from Whales and has been been within the shadows for many a decade, and has been all over the globe working as a freelance mercenary for anyone that is willing to pay his fee and as well willing to allow him to work unhindered. The second part is the scary part, to allow Barbecue to work unhindered means that any hopes you won’t be charged with war crimes flies right out the window. Though it does simply guarantee that this madman will get the job done in a very timely fashion as he doesn’t play by any specific set of rules and whatever is in his code is so loose that it can barely be celled a mercenary code. He is willing to do anything to get the job done and this does mean anything and he didn’t earn the moniker of Barbecue by being good with a grill. He uses torture, murder, assassinations, torture, and lastly fire to make sure he gets his point across and to bring down any enemy he is faced with. The man known as Barbecue is wanted by the Worlds Court for War Crimes and Crimes Against Humanity and I will go a little into what he has done to become a world wide wanted man. Though please if you are squeamish or easily offended please read no further.

This is dedicated to all the warriors of the shadows who have fallen in the line of duty. RIP    Crazy Glue: Killed in the Jackals Lantern by an unknown assailant, Her Murder is still under investigation by SPD  Wallace: HRM member killed in the Scottish invasion of England. Rot in Hell Wallace  Tommy: Member of the Regulators recently killed by SPD    Grimm: Member and Leader of the now defunct Ministry, killed by SPD C-SWAT. During the Deaths Hand Invasion  Mr. Walter O'Neil (Sarge): Member of a group only referenced to as the Post Office, He was killed in … END_OF_DOCUMENT_TOKEN_TO_BE_REPLACED