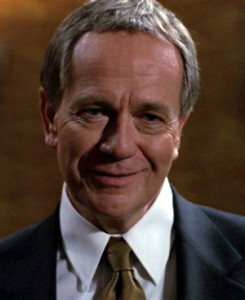 Weight: 170
Apparent Age: 55
Archetype: Physical Adept: Circle Unknown
Preferred Weapon: Cougar Fine Blade
Runner Song:
Bio: Nova is nothing more than an assassin, he was a government black opp agent. His training and existence while he worked for the UCAS is so classified that maybe one day my great, great grandchildren will have access to his files. What we do know is Nova emerged within the shadows around 2039, he is the ultimate hunter of man, machine or beast. He stalks the night and strikes from the shadows, some say he trained Shadow but there is no prof of this. Though there really is no prof of Nova existing pre 39′ so anything is possible. You might be to young to remember but go ask your parents and grandparents about the Great Massacre of 40′ at the Seattle University. You won’t find much in the matrix about it, as the university did a good job sanitising this black mark.
Nova was single handedly responsible for the killing of dozens of students and professors on that day, the killings sadly were a cover to draw security away from the research buildings so Seven, Iceman, Skipper, Misfit, and Ringmaster could sneak in and steal the sensitive data. What doesn’t make any sense to me is that they still killed the guards on the way out. Nova unlike Jeeves and Coyote is not a bloodless worker of the shadows, he leaves pools of blood in his wake. Though normally that’s all that is found of his victims just blood, there bodies never turn up again and they are assumed dead.
Nova has a death toll that rivals the Silencer and Gremlin and has been know to hire the Digger on a number of occasions, I guess we know what happened to some of the bodies. He has done so many jobs through his time in shadows that he garnered the attention of PD and FBI that they have had a long standing warrant for his arrest since 2045, and the FBI has him listed on there 10 most wanted list. He is only the second person to sit on that list for this long without arrest the first is the Digger.
Nothing is sacred to Nova and he is just a murder and a thief, this man is classified as a shadowrunner though he should really be. He is a stain on the glory of all runners and the should be interested in removing this snake from there ranks. Instead they protect him, birds of a feather flock together I guess, this seems to be a theme with the Originals. Even if they disagree on the others tactics and politics they stick together and won’t turn on each other. This is what makes this group even more dangerous and deadly, they can look past current allegiances and alliances and come to each others aid. Where are hero’s will turn on each other in a drop of a hat.
Nova has recently been seen in the Fort Lewis sector speaking with Mr. Black and Digger, this can’t be good for anyone period. I mean it, Nova has been spotted in the city again, This man went underground after his involvement in the Darkest Night project, again ask your parents about this job. This happened back in 2048 and it caused a black out of half the city during a very cold winter,people were forced to stay in and the police where busy dealing with looters and rioters. Witch left the banking sector vulnerable. You can only imagine what happened next. Yes you guessed it, multipliable banks hit same time. The runners involved made off with billions in paper money, as well as personal property and information for safe deposit boxes. They left a trail of death in there wake.
This job stalled Seattle’s economy for a bit as well the damage to our infrastructure set the city back decades to repair. This job single handedly screwed Seattle for years to come, it wasn’t till 2055 that everything was back to somewhat normal. Now zone check points are common place, and these plants are guarded tighter then Fort Knox, though I don’t think that would stop Jeeves.
So if Nova has been seen with Mr. Black and Digger this can’t be good for us, and please if you see Nova contact your local SPD or FBI office ASAP

This is dedicated to all the warriors of the shadows who have fallen in the line of duty. RIP    Crazy Glue: Killed in the Jackals Lantern by an unknown assailant, Her Murder is still under investigation by SPD  Wallace: HRM member killed in the Scottish invasion of England. Rot in Hell Wallace  Tommy: Member of the Regulators recently killed by SPD    Grimm: Member and Leader of the now defunct Ministry, killed by SPD C-SWAT. During the Deaths Hand Invasion  Mr. Walter O'Neil (Sarge): Member of a group only referenced to as the Post Office, He was killed in … END_OF_DOCUMENT_TOKEN_TO_BE_REPLACED