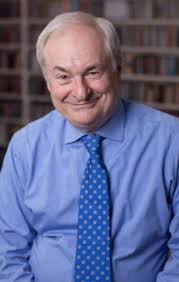 Bio: Every generation there is a gentleman that comes along and redefines the meaning of class and distinction, that man for this generation is none other than Mr. Boston, this man has been in operation as a news caster and radio disc jockey for well over fifty years and their seems to be no stopping this media power house; Mr. Boston is one of the classiest and most suave gentlemen both on and off the air, this man even if it’s a guise makes you believe he actually cares about his listeners and that he is actually speaking to you personally.

I am only placing him on this site do to his age, experience and that he still broadcasts out of the Patriot stronghold of Boston from station 108.7 FM, though his shows have been syndicated nationwide and have even crossed the pond into Great Britain, Germany, France, Italy and Poland as well down under in Australia where Mr. Boston is more than just an icon he has become the voice of the people do to his humanitarian work and the Mr. Boston Outreach Foundation that lends aid to anyone in need of food, medical assistance, occupational training and even offers housing programs for those in dire need. Mr. Boston though still resides and works within the city that shares his name, and this means that there is a chance that he himself is quite aligned with the Freedom Patriots and is secretly working behind the scenes to bring the system crashing down around him. This my readers is why I have even decided that the people should be aware of this man, beyond what is already known; I would be quite heartbroken to discover that Mr. Boston actually supported the rebellion and assisting those that are trying to subvert the established government.

In a world of monsters and killers it is nice to discover a man that actually has a kind heart and actually gives a damn about the people, this he does through his many charitable foundations and even through his work within the Church as it is no secret that Mr. Boston is a devout Irish Catholic and has been ordained as a Deacon of his local parish, a soldier Mr. Boston isn’t and this man has managed to raise a family and hold onto his integrity while others have fallen into the abyss of propaganda and allowing the political arena to consume them. When it comes to Mr. Boston what you see is what you get, a man that holds true to the old principles of a man is only as good as his word. This he has managed to adhere to with each passing day, yes Mr. Boston has had his problems through the years though this comes with the industry and having your personal life placed under a microscope do to being a international celebrity.

Though even through the minor issues that have plagued Mr. Boston through his long and industrious career, the one thing he has always held higher than everything has been his own integrity and his honesty. This his fans and the people respect and have stood behind their beloved Disc Jockey for generations, Mr. Boston has been tuned in by grandparents, parents and even now their children all to hear his quarterly news broadcasts and his parables of morals where he tells a short tale of a fictional historical character and then ends with the moral of the story. He as well always opens his news casting with “Now, it’s time for me to put on my newsman’s fedora.” he might be outdated and old fashioned, but their is something about Mr. Boston that keeps the old school feeling new and fresh, he does a wonderful job of blending the old with the new and creating a unique experience for his listeners. His shows are mostly the hits of the day, and he does a weekly countdown show, though this broadcaster does bring some music from before the tragedy and before many of his listeners where even born into the equation to help break up the hum drum feel of his daily shows, as well he unlike many modern broadcasters will bring guests into his studio and even over the telephone and interview them on the air and live in an unscripted interview; this my readers is where Mr. Boston excels as he asks the hard questions and shows no mercy to his guests, though surprisingly they never seem to be uneasy and always willing to answer the hard pressed questions, even thanking Mr. Boston for the honour of being on his show many have willingly returned to his show as a future guest. This is an oddity seeing that Mr. Boston has personally sunk careers, landed people in jail and even broke open many criminal investigations with his impromptu interviews; though what is odd, many are willing to be interviewed by Mr. Boston as they feel it to be an honour and since he has also caused many to rise in their professions and even catapulted many political careers, the current sitting President of the United Canadian American States refuses to be interviewed by Mr. Boston where his political opponent has been on the show numerous times. One would think that during this heated campaign season the President would want any advantage he can garner against Lyndon Kingsbury, unless Johnson has something to hide and he is afraid that Mr. Boston will get it out of him.

One of the biggest reasons Mr. Boston is so successful as a radio broadcaster is his unique voice and how he can emote perfectly with nothing more that his voice, as many radio shows have video element that the listener can actually see the DJ while their in the studio Mr. Boston maintains the air of mystery and the old school feel, where the listener is just that a listener and not a viewer. Where many in his field have adopted the more casual and hip attire of the generation, Mr. Boston remains dressed in his Sunday’s best and is never without a coat and tie , even though no one can actually see him when he is on the air; this has caused many of his colleagues to mock him, though Mr. Boston’s ratings and popularity still out pass even some of the radios most popular video jockeys. He must be doing something right, and its best to never mess with a winning formula, though his voice is the biggest edge this man has in the industry, even cybernetic duplicating systems can’t match or mimic Mr. Boston’s pitch and tone; it is said he has perfect pitch and is hauntingly beautiful to hear him sing at his church, his voice is his gift and he knows how to us it. Mr. Boston’s voice can sooth a savage beast and enrage a pacifist though he uses it to sooth the stressed out wage slave and give each one of us a few minutes each day where we actually believe someone cares about us, and that someone is Mr. Boston.

As I said earlier this man actually cares and is not political, he doesn’t bother himself with the politics of war, he exposes both sides when pressed to do so, and he just tries to keep a level head when it comes to his news casting as Mr. Boston never reports biased or unverified stories, this man personally verifies any story that he puts his name to and seeing that he announces the news every quarter hour, their is often many stories that he just cant report on right away, seeing that he will not risk his credibility on a rumour or hunch, he needs facts and sources before it goes on the air. Though I feel that Mr. Boston is staying inside the Patriots stronghold, not because of his political views but do to the United Canadian American States pressures to censor the news and silence people like Mr. Boston. According to the Ratification of 2020 he should be off the air and as well have already been sent off to a reeducation centre seeing this man has been on the air before the Great Tragedy, I do hope this is the case and he is not part of the problem, though I would still stand behind Mr. Boston either way, as he has never once tried to fool anyone and he has only ever spoken the truth.

He is a role model for the youth of the city and suburbs of Boston as he has spent many of his free hours working as an teacher within the Boston school system teaching radio broadcasting and journalism to the young minds of the Boston. He as well sits on council for the Unified Troop Committee for the Greater Boston Area’s Boy Scouts of America as the chairman and he also volunteers his time as the Scoutmaster for his grandsons troop, Mr. Boston is a very busy man and he keeps trying to do his good turn for the people. He lives a modest lifestyle and donates most of his earnings to the many charity’s he runs, this is one man that more people should try to emulate and look up to, Mr. Boston might not be a runner, a mercenary or a freedom fighter so he might be considered boring to most, but this man has been battling in a different arena and fighting for the people of the world, he has been fighting for the very basic human rights that many wish to strip away as they attempt to enslave us. Well Mr. Boston please continue to do your good turn and please keep looking out for the little guy as no one else will, you are a monument of humanity and proof that all that is needed for evil to triumph is for good men to do nothing.

This is dedicated to all the warriors of the shadows who have fallen in the line of duty. RIP    Crazy Glue: Killed in the Jackals Lantern by an unknown assailant, Her Murder is still under investigation by SPD  Wallace: HRM member killed in the Scottish invasion of England. Rot in Hell Wallace  Tommy: Member of the Regulators recently killed by SPD    Grimm: Member and Leader of the now defunct Ministry, killed by SPD C-SWAT. During the Deaths Hand Invasion  Mr. Walter O'Neil (Sarge): Member of a group only referenced to as the Post Office, He was killed in … END_OF_DOCUMENT_TOKEN_TO_BE_REPLACED