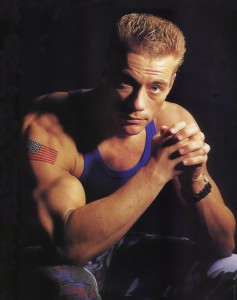 Bio: Brawler might appear to be to young to be part of this old timer unit but don’t let that fool you, this man has served the Dogs from day one and as a physical adept he has the ability to control his ageing. The Brawler is a force to reckoned with and he is legend in hand to hand combat, he serves as the enforcer for this unit and normally guards one of his senior officers when they are on a special assignment. The Brawler is more then a handful for any enemy unit and he has zero concern for sparing life, the Brawler is more the content with bring an end to the native threat and he will not hold back in any engagement. This man is not approachable by any means, and his hatred burns deep for all enemies of the Old America, so the only thing keeping him from become a maniac is the shred of humanity he has left, his faith and his loyalty to Warpath and the oath he swore so many years prior. But that doesn’t mean he won’t think twice about crushing the skull of a native who looks at him the wrong way, or makes a sudden movement that he misconstrues as a threat.

This is dedicated to all the warriors of the shadows who have fallen in the line of duty. RIP    Crazy Glue: Killed in the Jackals Lantern by an unknown assailant, Her Murder is still under investigation by SPD  Wallace: HRM member killed in the Scottish invasion of England. Rot in Hell Wallace  Tommy: Member of the Regulators recently killed by SPD    Grimm: Member and Leader of the now defunct Ministry, killed by SPD C-SWAT. During the Deaths Hand Invasion  Mr. Walter O'Neil (Sarge): Member of a group only referenced to as the Post Office, He was killed in … END_OF_DOCUMENT_TOKEN_TO_BE_REPLACED