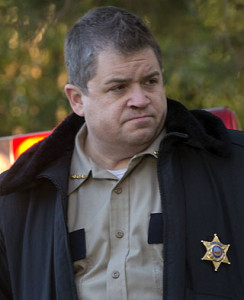 Weight: 150
Apparent Age: 45
Archetype: Rigger
Preferred Weapon: Ruger Thunderbolt
Runner Song:
Bio: Well when it comes to Dodge, this runner turned cop is a story for the ages. This runner is only a cop to spare his neck from the hangman’s rope, he knew the time was drawing near and his eventual arrest followed by a swift execution would be imminent. Dodge is the type of rigger who would basically do whatever he damn well pleased and his actions could be felt throughout the city, so when his contacts started warning Dodge that the police where cracking down and he was being watched on all angles, he knew it was either hang or try for the pardon program. Dodge submitted his application and went before the pardon board, much to his surprise he was accepted and his neck was spared for now at least. A runner like Dodge can only keep himself out of trouble for so long before he screws up again.
Dodge was a hijacking specialist and was a terror of the open roads and the transit lanes from the ports to the archologies, he would unleash his drones and assault vehicles cutting down any security and steal the cargo, for a quick pay day. The problem for Dodge is he almost always worked alone and was not part of any team, so he didn’t have the back up from magi, decker or samurai. Without this back up he was prone to mistake and as well prone to being tracked, and since Dodge was known for murder and highway robbery he was Seattle Police Departments number one target to arrest and make a quick example of.
Dodge has now made his name inside SPD even though he is free and clear of his prior crimes, he is still very disgruntled about having to join the enemy and use his skills as a rigger to bring down other runners, he is part of Seattle Police Departments Highway Patrol and he now keeps the roadways safe from people like himself, this has been both a blessing and a curse. Do to Dodge being part of SPD the highways are now safe, but it also means that Dodge has been learning SPD tactics and learning there timing and response. He has also had access to some of the best rigger technology that was once forbidden to this runner, Dodge might be a cop now, but that doesn’t mean he isn’t still a runner at heart. This rigger could probably be convinced to part ways with the department to join a team, since he understands now that being a freelance operator was his biggest flaw.
Though one would have to tread lightly when it comes to approaching Dodge since he is still a law enforcement officer with some significant pull, and in the back of his mind still looms the hemp neck tie. So basically when it comes to Dodge be careful, he might still be a runner at heart, but the fear of hanging keeps him somewhat in check. make sure your ducks are in a row when making him any offer that could endanger his pardon.
<<<For further information about Dodge can be found in the Shadow Beat Archives>>>

This is dedicated to all the warriors of the shadows who have fallen in the line of duty. RIP    Crazy Glue: Killed in the Jackals Lantern by an unknown assailant, Her Murder is still under investigation by SPD  Wallace: HRM member killed in the Scottish invasion of England. Rot in Hell Wallace  Tommy: Member of the Regulators recently killed by SPD    Grimm: Member and Leader of the now defunct Ministry, killed by SPD C-SWAT. During the Deaths Hand Invasion  Mr. Walter O'Neil (Sarge): Member of a group only referenced to as the Post Office, He was killed in … END_OF_DOCUMENT_TOKEN_TO_BE_REPLACED