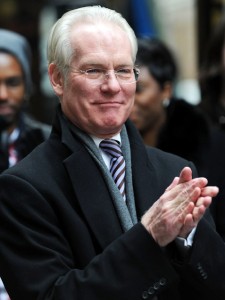 Bio: Well for the Rooster this man is a jack of all trades, growing up in the heartland of Kansas he had to be skilled in many different arts. He was raised with old fashioned American values and traditions and he bleeds red, white and blue. The Roosters skill as a pilot saved the Minutemen after there commander was wounded in Germany, though his skills where put to the test in first attempted transatlantic flight in a prototype helicopter. This man proved that even Roosters can fly and beat all odds, he stayed by his commanders side through his long recovery and fought honourably during the troubled times in our nation. Though like the rest of the Minutemen the constant fighting and sleepless nights where beginning to take it’s toll on him. The Rooster eventually laid down his rifle and retired from the war, he had enough of the killing, enough of the bloodshed and enough of saying goodbye to his fallen brothers.

Once the Rooster retired he returned to a small farming town in his home state of Kansas and opened a small general store selling basic supplies and general needs. He also fell in love with the young women he had working for him and in the fall of 2049 he married her and began to start his family, he could feel the call of the war in his blood and he was haunted by the jungles of Korea but the Rooster was strong willed and stubborn. he just refocused the anger, and the fear into his work and into his growing family. The Rooster kept his skills sharp, with hunting, tracking and working on the small farm he had acquired from his in-laws. This man managed to stay undiscovered throughout his time in Kansas, even once the schools started teaching the false history of the beginnings of the UCAS the Rooster managed avoid detection and avoid the flying questions. The people in the town just thought of this man as a God fearing, hard working Christian, this was all fine with him and he even hide the nightmares of the war from his wife claiming them to be anything but what they were.

During the years the Rooster knew that he was given something special from Colonial and as the days went by he watched his children grow, he watched his wife grow older but for the Rooster he stayed the same. By the summer of 2069 he was privileged to walk his eldest daughter down the aisle and give her away in marriage, This is when the Rooster was going to start to have issues as his daughter was being married into the O’Brian family and yes his daughter was marring the son of General James O’Brian and these two men would come face to face for the first time at the weeding. Rooster tried as he may to remain invisible to the prying eyes of the military and political men in attendance but try as he might, these old men recognised the Rooster.

Do to quick thinking and masterful lying he managed to place the blame onto his twin brother, that didn’t actually exist but it seemed plausible though to General O’Brian’s sceptical mind he wasn’t so easily fooled and had the Roosters background checked by his master decker Shifter. Again thanks to the long hours of a journalist, I was staring blindly into a matrix terminal the coffee fading and my eyes beginning to cross as I dug through old news files while working on a story. My red alert alarm went off and I could see that little bugger Shifter lurking around near the access node of the Sons of Liberty (Freedom Patriots) he never saw it coming, as I dumped shocked him. All he heard was the old song Snoopy versus the Red Barron playing as he got the boot. I then did some quick fixing of the Roosters records and he was once again in the clear.

For the Rooster he narrowly escaped detection and capture, this man was unaware of the fate of many of his brothers as the news in the small backwater town was filtered and screened. He lived in a world that was still trying to protect it’s citizens from the horrors of the real world, lucky for the Rooster he knew better and never fell into that mind set. Just after the marriage of his eldest son and the birth of his grandson, the Rooster was sitting in his home with his grandson sleeping in his arms as he listened to the radio using his old military signal descramblers he was hearing the events unfold in Seattle and he heard the brilliant oratory of the now famous Waldo. He as well was glued listening to the cries of battle and hearing the horrors that beheld Seattle and her people at the hands of his son-in-laws father, this enraged Rooster and he knew he had to do something, anything.

He put his grandson in his crib, told his family that he was going away for a few on business, packed his gear, loaded the car and made a call he hadn’t made in many years to his former commander Kirby. He then drove through the night to Seattle to meet up with bewildered commander and the rest of the surviving Minutemen as they arrived one by one and stood at attention in uniform ready to serve once again. The Rooster has taken up his rifle once again, he felt the call of duty again and left his family behind. He is full of frustration that he is now related to the man who is personally spitting on the Constitution he swore an oath the defend and the Rooster will fight to his last dying breath to restore the honour of the military and restore his families honour after it was shattered by the actions of the government and his co-father-in-law.

This is dedicated to all the warriors of the shadows who have fallen in the line of duty. RIP    Crazy Glue: Killed in the Jackals Lantern by an unknown assailant, Her Murder is still under investigation by SPD  Wallace: HRM member killed in the Scottish invasion of England. Rot in Hell Wallace  Tommy: Member of the Regulators recently killed by SPD    Grimm: Member and Leader of the now defunct Ministry, killed by SPD C-SWAT. During the Deaths Hand Invasion  Mr. Walter O'Neil (Sarge): Member of a group only referenced to as the Post Office, He was killed in … END_OF_DOCUMENT_TOKEN_TO_BE_REPLACED