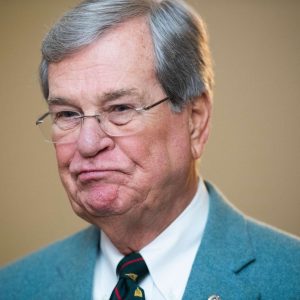 Bio: Okay seriously this man was just announced as a sitting UCAS Senator for the state of West Virginia representing the Freedom Party and now it turns out he is a high ranking Kingsmen and spook of untold calibre and skill. Well maybe Wilhuff Palpatine would know this man’s true nature and skill, seeing he is the true King of Kings, Lord of Lords in the spy game. Senator John Whitefield or Jack as he prefers to be addressed has served in the senate long before the days of the UCAS and can remember when we were the United States of America and has been drawing his salary ever since. There are only a handful of senators that have seniority over John Whitefield with Leader Canterbury “Arlen McCain” being the true elder of the senate for the Freedom Party….or Republican Party as they once were.

I can do a true deep dive into the political career of John Whitefield and how he rose to power from city council member, mayor, governor, congressmen and ending his career as a senator for West Virginia……though you didn’t come to this page to read a political biography, you want the juicy details about his past, the horrific details about his work within the Kingsmen and what he might be hiding under that suit jacket while addressing the floor in the senate.

I will keep this short and sweet seeing anyone reporting on the Kingsmen has a very short life expediency, and I do want to continue breathing. So here we go the long and the short of it regarding John Whitefield and why he should be arrested the second he steps into the capital building. Long before he would become a family man, a lawyer and politician John here was a British Intelligence Officer that served in the Royal Marines and eventually the Queens Royal Guard though this was simply an after thought for this long lived Kingsmen and dear friend of Robert Churchill……you can see where this is going, it’s been reported that Churchill butchered his entire crew besides his First Mate England’s King; though there was another man that would survive the purge of the vessel and as well assist his captain and that would be the Second Mate….you guessed it Mr. John Whitefield was the third highest raking member on Churchill’s ship called the Neverland.

Yes readers this man is that old and drank from the fountain of youth alongside Robert and Avery before the three men hatched a plan to keep the priceless water secure and secret. They would murder over one hundred men, toss their bodies over board sending them to Davy Jones Locker and eventually begin their life as privateers and pirates. According to records recovered from the Kingsmen about  Wembley and yes they named the stadium after this man….again how old and powerful is this bastard? This man would be cleared of all wrong doing in the murders of his crew along with Robert and Avery….yes our King was once a Kingsmen and the three would be sent to the New World to protect the colonists and as well forge an alliance with the native people.

Must be nice to be able to get away with cold blooded murder and not face the hangman’s noose or the headsman’s block for his crime, many pirates would end their life on the gallows but the Master and his two Mates would be spared a pirates punishment and given a chance to sail the seven seas, torment the colonists, and secure a fortune of the backs of England’s enemies France and Spain as the Neverland would land here shortly before the Pilgrims with only the Jamestowns landing arriving here prior. John here would be known as the Butcher and feared for his ruthless nature, his blades would drink much blood and he would send countless souls to a watery grave. The three men would become the scourge of the New World as they tormented the settlers and treated the religious zeolites to a fate worse than death, these men simply hunted their fellow Englishmen for sport and would trade scalps with the natives for supplies and well prestige.

The records of his time here in the New World are missing much of the time between the mid 1600’s till he returned to England in 1910 with his brother in arms and First Mate Avery Cortland…….Robert would remain within the New World till 1915 and only return to England as a member of the Federal Immortality Project of 1850 to fight within the First World War. John on the other hand would find himself inducted into the FIP Program during his first tour of duty during the First World War and for some reason England would make this life long mariner a member of the Royal Cavalry and you guessed it…….he would nearly be killed on the first charge and if it wasn’t for Montgomery Hilliard, Charles Belmont, and Franklin Quinn the pirate lord himself would have perished early in the war and we would have been done with John Whitefield.

Well this man would find himself thrust into the American Military, granted citizenship even though he already held it……I think if you fight for the foundation of a nation during a revolution and help draft the original Deceleration and Constitution you are a bloody citizen. Yes you heard me John Whitefield was one of America’s founding fathers and part of the original Sons of Liberty, he would help secure the waterways against the English Navy, sink, steal and butcher countless sailors long before they ever reached land. These men are career pirates and seafarers, by the time of the revolution the original crew of the Neverland would have multiple centuries of experience under their belts and even the dreaded slave trader and pirate Arthur McGowan was forced to think twice that tangling with the Neverland and its mystical properties.

The poor English Navy wouldn’t stand a chance against the faster and stronger ship and forget about it’s legendary officers that cared little for the lives of the seaman aboard. This is the man they gave a gun, put on a horse and sent into the front, though according to documents provided John had become quite the horsemen and cavalry officer while here in America. He proved his mettle during the French and Indian War….guess what side he was on, he commanded the West Virginia 1st Cavalry regiment during the Civil War and stormed the hill with the Rough Riders during the Spanish American War; so if he was already a member of the FIP it’s unclear but we do know he was given an injection in 1915 and thus become an official American Citizen.

Whitefield would go onto serve within the US Marines and end his career within the US Navy retiring as the Captain of the USS New Jersey considered the greatest Battleship of the US Naval Fleet…..though some say it would be do to Captain John Whitefield and his legendary skill and experience in battle; though thats simply rumours. He would fight within the Second World War within the Pacific Theatre, he would storm the beaches of Iwo Jima, fight in the mountains of Japan, drudge through the mountains of Korea and sludge through the jungles of Vietnam……his medical reports read like the UCAS Tax Code as he was wounded so many times, it’s a miracle he can still walk. Come 1972 he would be transferred to the US Navy and stationed on the USS New Jersey as an ensign and quickly climb through the ranks; he would be one of the few FIP that would actually see promotions, awards nope, pay increase nope, promotions yup. He would see many combat actions and tours of duty and by the 1980’s he would be promoted to Captain and given the helm of the ship as he would embark the USS New Jersey into the Lebanese Civil War.

Captain Whitefield would end his career just after the Gulf War when he would be forced to retire do to injuries sustained during the Gulf War, so come 1993 he would be ousted from the military and dumped back in England a broken man. This wouldn’t stop this Kingsmen and pirate as he simply found his way into British Intelligence within MI6 and MI7 eventually the London Dungeon; he would go onto to cross train with Montgomery Hilliard in the CIA and Wilhuff Palpatine within the FBI, he would serve alongside Tudor Yates inside the Mossad after he converted to Judaism. John Whitefield simply would become one of the best secret agents the world ever knew and his case files would be the inspiration for the fictional British 00 agent “James Bond”, it would be during this time he would find himself travelling back and forth from the United States to the United Kingdom and he would often frequent his old haunt within West Virginia and well eventually he would simply retire from a life of a secret agent to that of a politician.

Good old Wembley would have vast experience of being within politics as he served as a mayor numerous times while here in the New World and would simply thrust himself into politics again first as a city council member for the city of Charleston West Virginia in 2000, than congressmen for the 8th District of Charleston serving but one term and running for the vacant Senate seat and by 2012 he would win the seat and begin his lengthy career as the states elected representative. He would earn his law degree from the University of London and earn his doctoral degree in Constitutional Law from Harvard around the same time he was heading to DC.

John here would marry multiple times throughout his long life and sire many children, though his most recent wife would be Lucy Yates the sister of Tudor and Marvin Yates, fathering multiple children; John here would as well marry the daughter of his Captain Robert Churchill back during the American Revolution sometime around 1775, he would as well marry again to Rachel Jamestown circa 1830, Heather Georgetown circa 1855, Elizabeth Palpatine circa 1900 and his final marriage before Lucy Yates in 2005 would be Wendy Caprio in 1953…..it seems this man was a either a jinx or he just loved being married and didn’t mind that he would outlive his wives by a long shot.

John here has many children and basically is the reason the Georgetown Family has the vast influence and connections it does; without him Bailey Georgetown would be simply an unknown regular family and not one of the dynasties throughout the free world alongside the Jamestowns, Gunners, Yates, Palpatines, and Krieghoffs; how many children he has is unknown but estimates are in the hundreds seeing he has been planting his seed for centuries…Chanukah must be a nightmare for this man; though he is an immortal pirate and that means buried treasure so maybe not all that bad. John being a politician is a perfect career path seeing piracy and politics go hand in hand he is……………………………………………………Gotcha

This is dedicated to all the warriors of the shadows who have fallen in the line of duty. RIP    Crazy Glue: Killed in the Jackals Lantern by an unknown assailant, Her Murder is still under investigation by SPD  Wallace: HRM member killed in the Scottish invasion of England. Rot in Hell Wallace  Tommy: Member of the Regulators recently killed by SPD    Grimm: Member and Leader of the now defunct Ministry, killed by SPD C-SWAT. During the Deaths Hand Invasion  Mr. Walter O'Neil (Sarge): Member of a group only referenced to as the Post Office, He was killed in … END_OF_DOCUMENT_TOKEN_TO_BE_REPLACED