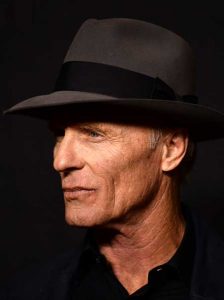 Bio: When it comes to leaders of this troop, This man scares the ever living crap out of me, period. Ripley is bad, but nope, the Senator is worse on all levels. Hell the photo I posted for him, I have no idea if it’s actually him or one of his many faces, All I know about this man is from legend and word of mouth. He is a master of all things toxic and can engineer any toxin he needs to target a specific genetic code. to make matters worse this man is a master of disguise and can be anyone he wants at any time.
The Senators legacy of killings can be felt world wide though again it’s just legend, as no one and I mean no one has ever lived to tell the tale. He founded the HRM after he was nearly killed and his family slaughtered after the elves took Ireland back. He was thrown out of his home and country and that’s when he teamed with Ripley and the rest is history. Problem now is the Senator can be anywhere and anyone, we have no way of knowing what he is up to or if he really exists, I can only hope he is just that, a legend, but there are too many accounts of his work for him to not be real. So just hope you never get on his radar. This man is the king of liars, poisons, disguise, and death.  He is a true apex predator.

This is dedicated to all the warriors of the shadows who have fallen in the line of duty. RIP    Crazy Glue: Killed in the Jackals Lantern by an unknown assailant, Her Murder is still under investigation by SPD  Wallace: HRM member killed in the Scottish invasion of England. Rot in Hell Wallace  Tommy: Member of the Regulators recently killed by SPD    Grimm: Member and Leader of the now defunct Ministry, killed by SPD C-SWAT. During the Deaths Hand Invasion  Mr. Walter O'Neil (Sarge): Member of a group only referenced to as the Post Office, He was killed in … END_OF_DOCUMENT_TOKEN_TO_BE_REPLACED