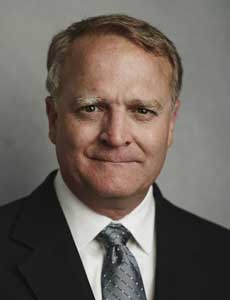 Bio: Well his name is Canyon and this monster of yesteryear has returned to the shadows that he once vanished from during the changing of the guard, Canyon is a true beast and this man holds very little honour and fully enjoys watching the suffering of his enemy. This man might be an adept and mercenary but we can use that term loosely with this monster of Old Seattle, he helped create the bloody age and would actually be the man many of the rules where created around. For Canyon chaos and distraction was his forte and would use such tactics many times during his original operations, all it would take would be a well placed auto-cannon or satchel of explosive strategically placed to create the most devastation and thus panic and pandemonium within the populace. Once the people began to panic Canyon would begin to work and slide into his target location while the police where busy dealing with the frightened, injured and deceased citizens that where unlucky to be at the wrong place at the wrong time. This man is responsible for the mentality of many of the beasts of today and has written many of the rules runners today follow as gospel. Lets just say Canyon’s book is not available at any book store though it should be within the survival section for the average citizen to partake and maybe it could save a few lives in the process, no his teachings are all word of mouth and have become parables of the streets and Canyon has become the new messiah of the criminals and runners. Know it has come to my attention that Canyon has returned to streets after a period of what was thought to be retirement, well that couldn’t have been further from the truth, Canyon only slipped away because of the changing of the guard and he was needed in another fight one where the rules changed and one where the enemy would be the agents of the Native American Nations and United Canadian American States.

Canyon would vanish in the early 2050’s only to enter the Freedom Patriots and fight alongside the likes of Category 5, Forge and Fallout this man would bring his unique style of street justice and chaos therapy directly to an organised enemy that was not prepared for his antics, though they would be more prepared to defend themselves from Canyon when he would emerge and begin to butcher innocent soldiers and officers, this would only make Canyon happy as he was now actually being challenged and he would only fight harder thus creating a vicious cycle of abuse. Though as much as Canyon would butcher the agents of the Government the people of the region would praise their messiah and be thankful for the protection he would warrant them. This is where it gets tricky and the reports are scattered, according to the local population the governments where abusing them, enslaving them and preventing them from the basic human liberties and according to the governments reports the citizens where rebel upstarts that needed to be detained for the safety of the nation. Well for Canyon all he needed to know was the UCAS and NAN where involved and he could care less about any of the lives he would destroy during those bloody conflicts, as his code would not permit the innocent to suffer under tyranny.

This killer would continue his rampage throughout the UCAS and NAN for the next twenty something years until he once again hears the call of the urban jungle and feels the need to return to Seattle to once again spread the gospel of Canyon, sadly the people of Seattle just welcomed this monster back and the shadows once again began to sing the praises of their New World Messiah and the teachings of Canyon continue into the new generation of street thug, even the citizens of the poorer districts have begun to form cults to worship their saviour. Canyon has been given the reputation of being the champion of justice for the innocent and poor, this man who once butchered countless is being hailed a hero of the people. Canyon is not a hero by any definition and this man is nothing but a street killer with a very loose code of ethics, though his involvement with the beloved Colonists doesn’t help matters either.

Canyon helped define what it means to be a runner of the shadows and all those proverbs of the streets where written and coined by none other than Canyon when he was butchering anyone and everyone and still they hailed him a messiah, and now they praise him for his dealings and call him a hero, Canyon has spent a lifetime killing the real heroes within the UCAS military and causing mothers and wives to weep, he has created a generation of fatherless children and removed entire legacies from the planets surface but yet do to crossed reports, Shadow Beat and the blindly loyal citizens they praise him for his actions. There is even a day within the Bowery known as Canyon Day where the people all done their bow ties and battle vests where they gather and praise their savoir with a great regional gathering. I will not report on the actual date and if you are so inclined it can be found within the matrix, Canyon doesn’t deserve the credence or credit.

This man being a hero sickens me, I am old enough to remember old Seattle when these maniacs where defining a generation and their where no rules only blood, sweat and bullets. Citizens, corporations, law enforcement and government officials where all open season, and the founding fathers would rape the city of it’s innocence. They would not be hailed criminals and loathed, but become pop icons and cultural phenoms that would give birth to not one, not two but three generations of shadow warriors each one more brutal than the prior all holding to the teachings of the likes of Canyon and Fable as well as the other founding fathers who all contributed in some fashion to the world that is know as the shadows. So for every citizen that has suffered a loss to one of these soulless killers you can thank the likes of Canyon for your suffering and  all the violence within the streets, hero he is not a villain and terrorist he is.

This is dedicated to all the warriors of the shadows who have fallen in the line of duty. RIP    Crazy Glue: Killed in the Jackals Lantern by an unknown assailant, Her Murder is still under investigation by SPD  Wallace: HRM member killed in the Scottish invasion of England. Rot in Hell Wallace  Tommy: Member of the Regulators recently killed by SPD    Grimm: Member and Leader of the now defunct Ministry, killed by SPD C-SWAT. During the Deaths Hand Invasion  Mr. Walter O'Neil (Sarge): Member of a group only referenced to as the Post Office, He was killed in … END_OF_DOCUMENT_TOKEN_TO_BE_REPLACED