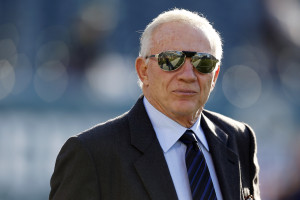 Membership: The Deaths Hand/Sons of the True Confederacy

Weight: 160
Apparent Age: 50
Archetype: Street Samurai
Preferred Weapon: Ingram Super Mach
Runner Song:
Bio: Hyena is a another one of those damn Sons but this Son also swears allegiance to Alexander as well. He is the Commander of the Alabama Division of the Sons and being a General he is responsible for tens of thousands of troops the full number is unknown and that’s just how Hyena likes it. This man cares little for who he steps on as long as it furthers the agenda of the Sons and now the Deaths Hand.
He used to be nothing more then a street killer and would do operations through out the CAS and prior to being a runner he was a solder for the Sons fighting for the Confederacy during the war. What he did during the war was just inhumane and a violation of the Geneva convention, he would take his prisoners and have them chained up arms and legs and then order them to be tossed into the Mississippi River to be dragged against the rocks and other debris behind the river boat. He would also hang the Yankee solders over the side of the boat by there necks and some times there feet. He never left a single enemy solder alive.
Once the war was over, it was not over for Hyena and he like the rest of his kin, took the war to the streets. He might not be in politics but he basically controls the capital through proper placement of allies and those who owe this bastard a favour. It appears the Hyena is just that a scavenger like his fellow Son Buzzard, so do yourself a favour if you have a clear shot on him take it. He is a war criminal and raciest garbage so lets take some out.

This is dedicated to all the warriors of the shadows who have fallen in the line of duty. RIP    Crazy Glue: Killed in the Jackals Lantern by an unknown assailant, Her Murder is still under investigation by SPD  Wallace: HRM member killed in the Scottish invasion of England. Rot in Hell Wallace  Tommy: Member of the Regulators recently killed by SPD    Grimm: Member and Leader of the now defunct Ministry, killed by SPD C-SWAT. During the Deaths Hand Invasion  Mr. Walter O'Neil (Sarge): Member of a group only referenced to as the Post Office, He was killed in … END_OF_DOCUMENT_TOKEN_TO_BE_REPLACED