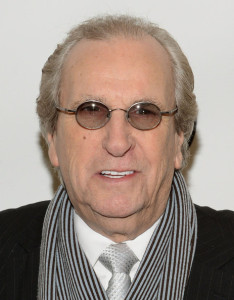 Weight: 165
Apparent Age: 60
Archetype: Physical Adept: Circle 50 as of 2055
Preferred Weapon: Katana
Runner Song:
Bio: Hawk, well what can be said about Hawk other then good grief. He is another original who just caused more chaos the needed, and with him being you guessed it a hawk shape shifter, this made keeping him out of anywhere a royal pain in ass for security agencies and with hawks being a protected species and known to fly in the city this made there lives even more hellish. It wouldn’t have been so bad if Hawk was a nice man or just a thief like Coyote or Jeeves, no he used his skills and abilities to aid in his black opp hits. He would be able to enter buildings through an unlocked window that was overlooked do to its hight. He would as well be able to pass right through security patrols and penetrate corporate headquarters and embassies. Once inside Hawks knowledge of security countermeasures and stealth made him extremely lethal. He would sneak past guards and be able to bypass computer security. Not sure how he avoided cameras but we know he was able to avoid infra red beams and sentry weapons with ease. He even bypassed magical security that would baffle the likes of many magi. Hawk doesn’t have many kills like some of his other Originals though the ones he does have matter. He has killed more prime minister then anyone else minus the Deaths Hand. The only mass killing he did was the clearing of both Tir embassy’s not once, not twice but three separate times. The only thing found at each slaughter was synthetic hawk feather. Which is his signature. Hawk can be to blame for why the UCAS is not liked by many of the other nations and foreign relations with the Tir gridded to a halt back in 2055.
This was when Hawk flew off into the night and hasn’t been seen since, though there are rumours that a hawk has been seen perched in the Fort Lewis sector doing some strange things not normal for a bird. So maybe the Hawk is back. only time will tell if this runner has returned or not.

This is dedicated to all the warriors of the shadows who have fallen in the line of duty. RIP    Crazy Glue: Killed in the Jackals Lantern by an unknown assailant, Her Murder is still under investigation by SPD  Wallace: HRM member killed in the Scottish invasion of England. Rot in Hell Wallace  Tommy: Member of the Regulators recently killed by SPD    Grimm: Member and Leader of the now defunct Ministry, killed by SPD C-SWAT. During the Deaths Hand Invasion  Mr. Walter O'Neil (Sarge): Member of a group only referenced to as the Post Office, He was killed in … END_OF_DOCUMENT_TOKEN_TO_BE_REPLACED