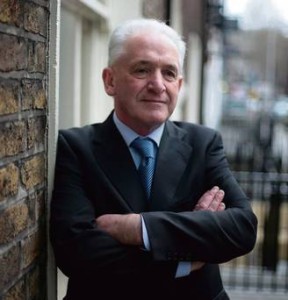 Bio: This street samurai is a bit of an oxymoron, he was once a great street killer of the next generation. Tackle Box worked from 2051 till 2065 and then just stepped out of the life, he put down the Nemesis and proposed to the women of his dreams and became a legitimate member of society shortly after the birth of his son. This man went from running the shadows and spilling blood freely and carelessly to being a suburban husband and father, this doesn’t mean Tackle Box is still not a serious threat, it just means that this man put away his combat gear for sweaters and suits, he gave up going to the bar for jobs to join the Elks and has become an active member of his church and leader for his sons Scout troop and coach for the baseball team.

It seems like Tackle Box is living the dream that all in the shadows dream of one day, though this Cyber Dad has a very dark secret and thats he is a true street samurai and no matter how much they try to suppress the urge, they have traded to much of their soul for chrome and the cold psychosis of the chrome can be a cruel mistress. For Tackle Box this call has driven him back onto the streets and to pick back up where he left off in 2065, he choose to return to the world of the shadows after hearing about the war and watching his neighbours suffer under the weight of the military and hearing of the death of many of the shadows finest.
He is now trying to live a double life as a husband and father and runner, he is trying to conceal his life as a true street samurai from his employers and still maintain his edge on the street. Though as anyone who has ever tried this, something will have to give you can not be a part time runner, the flows of karma always seem to get in the way. For Tackle Box he is successful for the time being, but this man’s skill and his violent nature will cause a rift and he will eventually be forced to make the hard decision of being a street samurai or being a suburban dad.
UPDATE << It has been learned that Sherwood Thorpe aka Tackle Box has more children than we originally thought, he has a son from a prior relationship that he raised during his bloody years and has warped his child’s mind and now his son Nolan Thorpe aka Burner is now running with the Despicables, while Papa has returned to his old friends in the Forsaken and is still trying to live that good old double life…..though anyone with the friends he has I can understand why his family is safe but Frogger will get your wife and children soon enough….. Zelda Out>>

This is dedicated to all the warriors of the shadows who have fallen in the line of duty. RIP    Crazy Glue: Killed in the Jackals Lantern by an unknown assailant, Her Murder is still under investigation by SPD  Wallace: HRM member killed in the Scottish invasion of England. Rot in Hell Wallace  Tommy: Member of the Regulators recently killed by SPD    Grimm: Member and Leader of the now defunct Ministry, killed by SPD C-SWAT. During the Deaths Hand Invasion  Mr. Walter O'Neil (Sarge): Member of a group only referenced to as the Post Office, He was killed in … END_OF_DOCUMENT_TOKEN_TO_BE_REPLACED