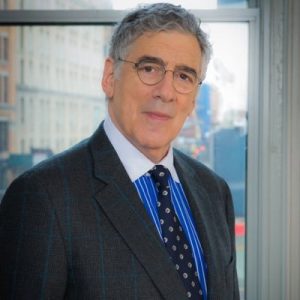 Bio: So it is now confirmed that the Second Hand Devils are within Seattle, the second in command known as Night Terror has just stepped off the the red eye and is now within the city of Seattle, this man is a serious threat to all that is sane in this world; he is a true nightmare and has never been caught in the act of his nefarious actions though he has a body count that reaches all over the world and he has even worked here in the Americas before as many law enforcement agencies have been able to connect the signature left behind by this American nightmare even though he has spent a long portion of his carrier in Australia; seems that even that deadly country can’t contain the sheer terror that is the Night Terror.

All his victims have been found in there homes and have had multiple slash marks and cuts all over their body, most have been found in their bedrooms but others have been found in offices, parks and basically anywhere someone can catch a few winks; this also means that people have been found slashed to death in Churches, concert halls and even at the Opera. Witness report that the victims begin screaming and thrashing about acting as if their are having a bad reaction to some narcotic, though soon after the bloody cuts begin to form upon them and they begin their death rattle and no one ever saw the Night Terror a he butchered his victims. This man is a true serial killer and his targets are those that support the UCAS and Trinity of evil in Europe; he is also the brother of Checkmate so we know he has the killer instinct and tactile knowledge to back up his brutal murders.

Night Terror has seemed to master a form of magic that Nightmare of the Rattlers has mastered and who came first is unknown, but Night Terror is quite more proactive in his assaults and striking terror in every sane citizen as the dream killer and dream master making him the perfect killer seeing that everyone sleeps at some point making them a perfect target for Night Terror to strike and once the body is found and the press gets a hold of the story it goes viral in minutes and the world once again lives in terror and holds their crucifixes and pillow close to them as they lay their head down on the pillow praying that they will actually awake and not suffer the final night terror and become yet another victim of this American nightmare.

This killer is the second in command of the Second hand Devils you can only imagine what Fishbowl is like and the others of this team; if they put up with working with a world renown serial killer that targets people at their most vulnerable and have zero remorse for what he has done and the river of tears he has left behind and the most scary part of this horror story is that Night Terror was able to board a commercial flight and fly over here to Seattle like he was just a normal passenger and citizen and the other passengers didn’t know that they were in the company of the master killer Night Terror and their lives where at stake and that he was allowed to leave the plane and walk free into the night past security and police alike only smirking at the news drone as he entered a cab and was gone.

We are all in for it with this madman loose in our city and now even sleeping can kill us as Night Terror doesn’t take a night off and anyone that supports the government of the UCAS or NAN will have to wonder if this will be their last night; so as I close this article please remember before you lay your head down on that pillow to say your prayers and make sure your affairs are in order for you might have your last nightmare at the hands of the Night Terror, may God have mercy on us all.

Page Written By: I Choose Live

This is dedicated to all the warriors of the shadows who have fallen in the line of duty. RIP    Crazy Glue: Killed in the Jackals Lantern by an unknown assailant, Her Murder is still under investigation by SPD  Wallace: HRM member killed in the Scottish invasion of England. Rot in Hell Wallace  Tommy: Member of the Regulators recently killed by SPD    Grimm: Member and Leader of the now defunct Ministry, killed by SPD C-SWAT. During the Deaths Hand Invasion  Mr. Walter O'Neil (Sarge): Member of a group only referenced to as the Post Office, He was killed in … END_OF_DOCUMENT_TOKEN_TO_BE_REPLACED