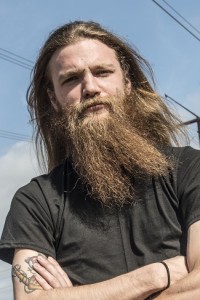 Weight: 200
Apparent Age: 30
Archetype: Mercenary
Preferred Weapon: DAOD Mono Net Gun
Runner Song:
Bio: Well lets talk about the vigilante known as Spider this man can be a menace if he wasn’t going after the low lives that nobody really cares about, he hunts the streets and has no real specific territory that he calls his own, he considers the entire city to be his turf and if you are a criminal scum unlucky enough to be in Spiders radar, well you might want to start begging for life and hope this man takes mercy on you. Spider surfaced only a few years ago and since then he has made short work of most of the scum bag gangs and abusers of the street and the people of Seattle.
Spider likes to use unique and odd weapons and tools to dispose of those deserving of street justice, he will use grapple lines, net launchers and more to bring down the guilty. Though his personal favourite is a mono wire net launcher that will envelop the target and slowly constrict itself causing extreme pain and suffering as it slowly cuts the target into very tiny pieces causing as the medical examiners call it a “meat puzzle”. He is also fond of using toxins to bring down his targets. For Spider he doesn’t really care if the guilty live or die and has become yet another terror of the streets that people only whisper about out of fear.
Spider is a vigilante and with such the Police Department ignore most of his killings as he is trying to make the city a safer place by removing the plague that is gangland violence, he also targets the corrupt and abusers of the innocent so for Spider Seattle is great job security. This vigilante never takes a dime for the work he does and will only rob from those he kills, and even then he only keeps a percentage and returns the rest to the poor of the city. So even though Spider is a killer and the bodies keep piling up around him, he has a good heart and returns the fortune to the streets, this has made him loved by the people and feared by those he would hunt.
This is one man that needs to be left alone and allowed to continue to work, Spider is one of the good guys and even though he kills this doesn’t make him a villain as he understands the system is broken and sometimes the ultimate price must be paid to defend the innocent, and for Spider he is the embodiment of street justice. Just ignore the occasional disembowelment or meat puzzle and all will be fine, hell he keeps the coroners office busy and is great job security for some of those macabre doctors.
Page Written By: Shadow Writer

This is dedicated to all the warriors of the shadows who have fallen in the line of duty. RIP    Crazy Glue: Killed in the Jackals Lantern by an unknown assailant, Her Murder is still under investigation by SPD  Wallace: HRM member killed in the Scottish invasion of England. Rot in Hell Wallace  Tommy: Member of the Regulators recently killed by SPD    Grimm: Member and Leader of the now defunct Ministry, killed by SPD C-SWAT. During the Deaths Hand Invasion  Mr. Walter O'Neil (Sarge): Member of a group only referenced to as the Post Office, He was killed in … END_OF_DOCUMENT_TOKEN_TO_BE_REPLACED