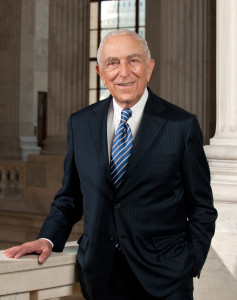 Weight: 170
Apparent Age: 60
Archetype: Mercenary
Preferred Weapon: Colt Manhunter
Runner Song:
Bio: The Vicar is basically a one man killing machine, but this mercenary favours the social battlefield to the one with blood and bullets. Don’t get me wrong the Vicar is more then capable at handling himself in the physical arena, he just prefers to use social graces and political tactics. He see’s the city as a chess board and every move he makes is very carefully planed and prepared. Calling this man’s bluff can be extremely fatal, he has a very powerful list of contacts and allies. The Vicar basically owns a large percentage of the cities underworld and nothing happens within it without his say so. There are claims that even the Mayors election was all part of this man’s plan and he was behind the Pardon Program and even the institution of Martial Law and the lifting of the Curfew. The Vicar is a very powerful man uses his political and corporate pull to manipulate the very shadows for witch he lurks, this man is real puppet master and the people of Seattle are nothing but his marionettes doing a little dance when he commands it. I was even ordered by my boss to not post this profile for fear of retribution from the Vicar and his people, this man is the ultimate Johnson and has the number of many of the cities deadliest and finest shadow warriors, so if my life wasn’t already in jeopardy from the Hound and the Wolf Pack I wouldn’t be reporting anything about the Vicar. Though with my current situation I could care less and the Vicar is just another problem that needed to be reviled to the people of Seattle. Hopefully this minimal intelligence about the Vicar is enough to raise suspicion and get the people to start asking the hard questions that need to be asked.

This is dedicated to all the warriors of the shadows who have fallen in the line of duty. RIP    Crazy Glue: Killed in the Jackals Lantern by an unknown assailant, Her Murder is still under investigation by SPD  Wallace: HRM member killed in the Scottish invasion of England. Rot in Hell Wallace  Tommy: Member of the Regulators recently killed by SPD    Grimm: Member and Leader of the now defunct Ministry, killed by SPD C-SWAT. During the Deaths Hand Invasion  Mr. Walter O'Neil (Sarge): Member of a group only referenced to as the Post Office, He was killed in … END_OF_DOCUMENT_TOKEN_TO_BE_REPLACED