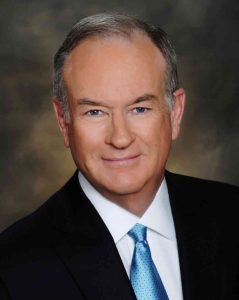 Bio: Whisper well this man one who walks that very fine line of murder for hire and street vigilante, his goals and motivations are basically unknown and he is a man of few words. He leaves his actions to speak for him and the rumours spread with each passing year, Whisper could be considered an Original since he emerged onto the scene prior to 2053, though he was a late arrival with his first actual documented job being in the summer of 2050 and ever since then the shadows have just whispered his name, sorry for the pun there. He is considered a Next Generation runner but like the Originals this runner walked away from the game after a long bloody ten years in the shadows.
He is only a mercenary cause he follows a code of conduct, yet a twisted code it may be. Since he is basically a killer, though he only kills who he considers to be guilty and this is where his twisted logic comes into play. He is friends with Raven, Samael, Digger, Mortician, Stamps and Seven, and these men are just cold blooded killers and very guilty by the actual definition of the word. He seems to go after, domestic abusers, drug dealers, gang bangers, cyber zombies, and bail jumpers. He has also been know to lurk outside the court house and gun down those that where obviously guilty but got off by a technicality or good defence attorney.
Whisper is a runner who would hire himself out to regular civilians for a very low and affordable price to right a wrong and bring street justice down upon the guilty. His skills in combat are basically unknown, but he is a trained mercenary so be very careful, this man is kinda a good guy, and you shouldn’t have anything to fear from him unless you are considered guilty in his eyes. Like the Raven, it is rumoured that he here’s the whispers of the distraught through the night and then makes contact. According to rumours on the streets this man is active once again, his alliance is unknown but his deeds are well documented so consider all the variables before making any snap decision about him. He is friends with Raven, Mortician, Samael, Digger, Stamps and Seven so he might just be part of the Hand.  If you have a problem, If you can find him and if you are willing to pay the price maybe you can hire the Whisper.

This is dedicated to all the warriors of the shadows who have fallen in the line of duty. RIP    Crazy Glue: Killed in the Jackals Lantern by an unknown assailant, Her Murder is still under investigation by SPD  Wallace: HRM member killed in the Scottish invasion of England. Rot in Hell Wallace  Tommy: Member of the Regulators recently killed by SPD    Grimm: Member and Leader of the now defunct Ministry, killed by SPD C-SWAT. During the Deaths Hand Invasion  Mr. Walter O'Neil (Sarge): Member of a group only referenced to as the Post Office, He was killed in … END_OF_DOCUMENT_TOKEN_TO_BE_REPLACED