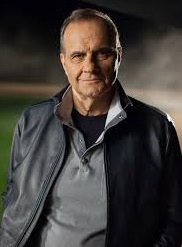 Bio: There seems to be a trend as of recently with the ghosts of the past coming back to haunt the sprawl once again, this time it is the legend of the Next Generation known as Two-Face that has returned to the sprawl. This old time runner was once a member of the Mariners and ruled the night with his antics and a iron fist, this professional runner is a man of many faces and personalities; though his biggest aspect is that he has two distinct personality types, when Two-Face is working he is all business all the time and when off the clock he is nothing less than jovial. Though Two-Face might have two distinct personas, that doesn’t rule out the countless others that are lurking beneath the surface; this man uses this as his greatest strength as trying to predict what Two-Face is going to do is nigh impossible and for this classically and professionally trained actor every operation is an award winning performance.

Two-Face would enter the dangerous life of the runner in 2047 when his acting career would begin to spiral out of control do to the decline in serious dramas and the need for the net big action star; for the short Italian from the Bronx he just didn’t fit the bill for what was in season. As the auditions would begin to dry up, his bills would begin to pile up as well his vast lifestyle was beginning to catch up with him and the debts needed to be paid. Teddy would find solace in his humour and many of the skills that he learned throughout his acting career and cast himself as the next big deal within the worlds most dangerous sprawl, the shadows of Seattle would become his stage and the neon jungle his limelight.

For this newcomer Seattle would be a rude awakening and Teddy would loose nearly everything including his own life during his first few months within Seattle. He would learn that the operations where nothing like the million dollar sets, there was no stuntman and they where not firing blanks, After many failed jobs it seemed that the world would never learn about the newcomer Two-Face and he would have to return to Hollywood broken and bankrupt; though as fate would have it he would cross paths with a Seattle institution known as Evergreen as he was drowning his sorrows in a cold beer at the Jackals Lantern. This chance meeting would turn into a great friendship and Evergreen would see the fires of desire that burned deep within Two-Face and knew that this young man was destined for greatness, all it would take would be some training and direction to give Teddy the push he needed. With all of his prior failings weighing heavily on his mind, body and soul it would be a miracle that Two-Face wouldn’t just throw in the towel and leave Seattle a defeated man. Though it would be the words of encouragement from Evergreen that would raise the spirits of Two-Face and with his new friend and ally at his side the dynamic duo would embark on what would become Teddy’s first successful operation and with his new found confidence Teddy would go on to become one of the most sought after runners on the streets, with his personal styling forming and his love for the the flare he would eventually find his new medium and the once out of work actor would become the star of the shadows.

Teddy would eventually be asked to join the Mariners on the behalf of his only true friend Evergreen and what this young man would bring to the game in the early 2050’s would be nothing but spectacular and trend setting. He would take on each job as if it was an unscripted television show and little did he know that the camera was following behind him, he would create a persona for each job and one that would blend and mesh with the people he was working with directly; this was the first time that any runner had shown that they could have fun and be serious at the same time thus making him a delight to work with, even his command positions would be undertaken by one of the many characters he would portray. This tactic would become hated by his targets seeing that their was zero way to predict what Two-Face was going to do and seeing that he was a man of a million characters the chances of seeing the same one twice was nil. Though for Shadow Beat this was a rare and unique trait never before seen and they would dub Two-Face the ratings king and he would be shown in more episodes than any other runner to date, even if just in cameo appearances; seeing that nearly every active team would want a chance to work with the maestro of comedy at some given point and to just have Two-Face sitting at the table would mean more money as he would charm the credits out of the Johnson and their are even reports that he not only convinced a Johnson to double the initial pay, he tricked the man into fronting even more funds from his personal account and then according to other runners at the meet, he did the impossible and actually tricked the Johnson into orally satisfying him right there at the bar.

Needless to say the corporation was not all that thrilled about the negative press from one of their employees, but for Two-Face and his team it was one hell of a bonus and not to mention the additional pay off when the video would hit the matrix. Two-Face is one of the few openly gay runners in the sprawl and nobody really seems to care either way, seeing that they consider him to be one of the guys and he might be openly gay but he is rarely without a few broads on each arm and was even married to Summer Davidson who was his co-star in his first major production back in 2035. He has since divorced Summer and is now married to his childhood sweetheart Amber DiCane that he eloped with in a quick Las Vegas wedding back in 2065. This was when Two-Face would vacate the shadows and focus on raising a family with his beloved, though many are upset that a gay man is married to a women and raising a family, this just proves that even someone like Two-Face can find true love and an understanding wife. While he was able to successfully leave the shadows and begin to live the dream, Teddy would not be able to escape the spotlight and even while trying to live a normal life as a husband and father the media would continue to hound him; for Teddy was cursed with popularity and this would eventually force him to pack up his wife and children and move to parts unknown to escape the limelight that seemed to flock to him. Well until now his in laws would have never known about their Son-In-Law, and I am not sure if that was their plan but it would make sense that a Roman Catholic family from Texas would not take kindly to their daughter being married to a openly homosexual actor and runner from Hollyweird (Well looks like a family reunion is in order).

Though all good things must come to an end and for Two-Face his retirement would only be short lived as they would return to Seattle when the sprawl would reach out for the legendary Mariners. This runner would not think twice about returning to the dangerous game and pick directly up where he left off back in 2065, the many faces of Teddy will be all the rave this season and Shadow Beat will be all over the return of the madman. Lets see if he can con a free blow job out of an employer again, and lets just sit back and watch as the shadows are once again graced with the many personas of Two-Face. This man always brings his A game and is never one to cut corners, so ever operation goes off without a hitch, though be careful for Two-Face is a master of the shotgun and has been personally been trained by the Beast, Joe Miller and Juggernaut in the use of firearms and he has adapted techniques from many of the shadows finest, Teddy is a true Jack of All Trade and a master of many. His success rate after speaking with Evergreen is flawless and this man can fill any needed position within a team, consider two-Face to be a human version of Switch Doctor just far more professional and not afraid of wearing a tie.

Well the young folk of Seattle are in for quite an experience with the return of Two-Face and he will surly blow the roof off the city with his antics and his personality. I just hope that this time people do understand that he is a criminal and not a hero, for Two-Face has committed murder and has fought bravely during the War of the Shadows where he butchered many a dreamer. This man might be a variation of the Showman but that doesn’t mean that his victims aren’t all to real and there are families that are still grieving over their loss, Two-Face beloved by the camera and the people but he hides a very grim and dark side that when it comes to play people die and yes he might still have a portion of his soul left, that doesn’t mean that he has any remorse for his victims; for Two-Face it’s just business noting personal. This is how he got his handle and why they call him Two-Face dealing with him is like dealing with a flip of the coin, one side is jovial, caring and comical while on the flip side he is serious, grim, morbid and callous. So you have been warned, with this Mariner it can be up to a coin flip on what persona you receive and even then what variation you get; he no longer cares about his acting career and for Teddy the only stage he needs is the jungle of Seattle’s streets so be prepared to exit stage left if your on the wrong side of Two-Face.

This is dedicated to all the warriors of the shadows who have fallen in the line of duty. RIP    Crazy Glue: Killed in the Jackals Lantern by an unknown assailant, Her Murder is still under investigation by SPD  Wallace: HRM member killed in the Scottish invasion of England. Rot in Hell Wallace  Tommy: Member of the Regulators recently killed by SPD    Grimm: Member and Leader of the now defunct Ministry, killed by SPD C-SWAT. During the Deaths Hand Invasion  Mr. Walter O'Neil (Sarge): Member of a group only referenced to as the Post Office, He was killed in … END_OF_DOCUMENT_TOKEN_TO_BE_REPLACED