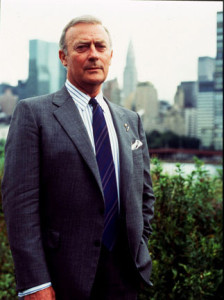 Bio: Well here is another old timer that has crawled out of the woodwork and returned to the streets that he once prowled as the king of kings. Vex is a total professional but he plays by his own rules and his code of conduct in not commonly known to anyone but him.  This runner has been operating since 2033 and hasn’t slowed down once, he just changed the scenery and travelled all around North America and Europe performing his specialized craft of human extermination. Vex has more blood on his own hands than anyone else who has ever worked within the shadows and legend says this man has killed more people through the years then cancer. Now we know this to be a bit of a steep claim, but when it comes to Vex one would tend to believe the hype.

He works for various agencies, crime syndicates and governments this man as well takes freelance work if the price is right, and for Vex you get what you pay for. He has no morale objections to mass shootings to cause fear, he is not even above entering a corporate headquarters and playing shoot’em up with the security or wage slaves and executives if needed. Vex has no fear, and has stared death in the face a number of times. Do to this he is a bit of a wild card as to what he will do, though his normal fall back is automatic fire into a crowd of unsuspecting victims. Vex is a man that is normally hired to make sure there are mass causalities and extreme fear is felt across the city where he last worked.
For Vex life is not priceless and everyone has a price, he will work for a variety of fee’s and he will normally spend more then he makes on a operation but for this man it’s about the final outcome, and for him thats terror and seeing his legend grow. Vex may pretend to be a nice man and a sincere gentlemen but in reality he is a monster that sold his soul many years ago. He is one of the rare operators to have a fully operational military grade tactile computer with a full sweet of upgrades including some DAOD modifications. This system has taken away his remorse, his humanity and his ability to full understand and relate with most of humanity. How he even retains his magical abilities is a mystery, but for this killer thats a mystery best left unsolved.
Vex claims he is back on the streets of Seattle to help with the war, and assist the endangered new breed generation. Though I believe he is more interested in the bottom dollar and collecting the fallen bodies for the ripper doc. He is not a man that has ever shown a drop of concern for anyone other then himself, and I don’t think he is going to change for a leopard doesn’t change it spots. For Vex he knows who his friends are, he knows who his allies are and everyone else is either an enemy or target. So basically this man is to not be trusted unless you know damn well that he doesn’t have his sights set on you, he is a exterminator of human and metahuman and is only looking to cause complete terror with his actions. Why Vex hasn’t joined the Deaths Hand yet is a mystery, but I wouldn’t be surprised if in the coming days he doesn’t end up within their ranks.
Page Written By: Shadow Writer

This is dedicated to all the warriors of the shadows who have fallen in the line of duty. RIP    Crazy Glue: Killed in the Jackals Lantern by an unknown assailant, Her Murder is still under investigation by SPD  Wallace: HRM member killed in the Scottish invasion of England. Rot in Hell Wallace  Tommy: Member of the Regulators recently killed by SPD    Grimm: Member and Leader of the now defunct Ministry, killed by SPD C-SWAT. During the Deaths Hand Invasion  Mr. Walter O'Neil (Sarge): Member of a group only referenced to as the Post Office, He was killed in … END_OF_DOCUMENT_TOKEN_TO_BE_REPLACED