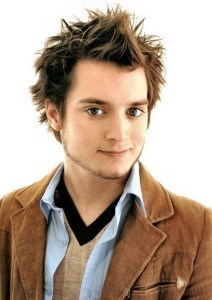 Bio: Frodo is a magi from the backwoods of Pennsylvania that has come to Seattle to make a name for himself as a runner. He was lured into the shadows by the famed Bilbo and thats when he choose to leave the safety of his home to journey to the big city and throw his hat into the ring as a runner and warrior for freedom. Frodo has only recently made his home here, but in the few short weeks he has made a name for himself in the underworld and is now in high demand for his skills as as sorcerer, and his skill with the blade have made him an asset to many employers.

Frodo is now within the shadows of Seattle and one can only hope this runner doesn’t become a statistic in the coming days, though Frodo does try to be like the man he idols, he specializes in invisibility and non detection. So his skills in the arts of stealth might keep Frodo from ending up in the morgue any time soon. Though he does need to be careful, the city is full of monsters that will gladly put an end to this young runner if he is not careful.
Frodo is one of the good guy runners out there, he tries not to kill and he only takes jobs that follow his small town values so he has been able to avoid the radar of the Seattle Police Department. Though he has not avoided the Lorax’s radar and Frodo’s most recent job has landed straight onto the desk of the Lorax. Frodo if there was ever a time to run like the wind and keep running it is now, the Lorax is a cop you don’t want after you ever. Good luck young man, and hopefully you can find the man you’ve been questing for, hopefully you can find Bilbo and he can protect you from the Lorax.
Page Written By: Shadow Writer

This is dedicated to all the warriors of the shadows who have fallen in the line of duty. RIP    Crazy Glue: Killed in the Jackals Lantern by an unknown assailant, Her Murder is still under investigation by SPD  Wallace: HRM member killed in the Scottish invasion of England. Rot in Hell Wallace  Tommy: Member of the Regulators recently killed by SPD    Grimm: Member and Leader of the now defunct Ministry, killed by SPD C-SWAT. During the Deaths Hand Invasion  Mr. Walter O'Neil (Sarge): Member of a group only referenced to as the Post Office, He was killed in … END_OF_DOCUMENT_TOKEN_TO_BE_REPLACED