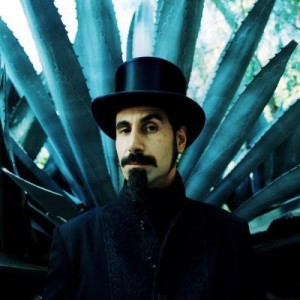 Bio:  Now let us take a look at this surprisingly  old yet quite friendly merc know as The Dandy Man. What i’ve been able to dig up is a mix of recent info and from a pre data crash news article know as “Meet the merc’s”. We’ll start with that old article since it is the oldest known source of info on the Dandy Man that I could find. As such i’ll be quoting that article for the bulk of this article circa 2028-2070 as he was one of the few mercenary’s willing and friendly enough to make repeat, candid interviews with the article’s reporters and is one of the few to give fully honest and truthful information that is, to my capable information gathering, accurate interviews to date surprisingly.

“My name? Toblicain Dreemur Alhambra. Rank? Mercenary Master Summoner first class Conjuring Master Extraordinaire. What, You came for a look into the brotherhood’s esoteric ranking or at my past and present deeds and what have you? Haha that is what I thought.”
“Well it all began a number of years ago honestly.  Adopted to loving parents, Toriel and Asgore Dreemur, Brothers Sans, Papyrus, and Asriel. Sisters Frisk and Chara. We were a fairly close family. Frisk and Chara butting heads constantly,  and with papyrus and Sans enamored with the mystical arts. Asriel and myself being enthralled with the conjuring arts as we learned magical arts. Papyrus never grasped anything more than a mana bolt where Sans put together something beyond what is known today as Hell blast, weaving conjuring and sorcery to unleashing something beyond what I, as a conjuring expert, would call elementals. Were Asriel pulled upon ‘LoVe’ and ‘Determination’ with his elementals I mass summoned and dismissed hordes of low circle elementals to test the limits of my powers. Sans and I always meshed well, pressing our magical capabilities against each other when papyrus and Asriel did the same but at a far lack in path.”
“Sans was always more powerful, in sorcery and conjuring, but never both  at the same time. He and I truly meshed as brothers, where I never felt the same connection with papyrus, Chara, asriel, or Frisk. We pressed each other to the extreme of what we knew. Right up to the horrid night that changed me forever.”
“ The great ghost dance…. That time that my whole life would crumble and mind altered like so many. Sans and I watched our family turn to ash before us, leaving just us to face the coming nights of blood. We gathered what we could and ran into the wilderness. Running from the mixed forces of The newly formed UCAS and NAN. Only surviving from a strong mix of our elemental hordes and Sans few combat capable spells that he figured out. We ran for what seemed like ages, making it into the Rocky mountains shadow when we got cornered by a force of NAN and UCAS that caught up to us…. What?! YES! THOSE FUCKERS WERE WORKING TOGETHER!”
“Sans thought he could save me, and if not for him, I would never be here to tell this old yarn. He stood defiant against that force with the last of our combined elementals and he told me to run. And I did! I ran till my legs finally gave out. If not for him I would be dead…. I…. I can’t. … this interview is over, I’m sorry.”

“Good to see you again! Sorry about last time, try not to think back to those days. Terrible memories, though if we keep those gone in our thoughts they can never truly die.”
“Now where did I leave off? Ah right, well I kept to the wilderness for the next few weeks, keeping myself safe with a few elementals I conjured up. I had planned to join up with the army to stick it to those Bastard shamans who unleashed that hell. That is till I found that they had no plans on retaliating for the equivalent to a nuke being dropped on top of them.”
“Disheartened, I basically went full drifter for a month or so till I caught wind of the brotherhood forming up. Beelining for them and signing on with them. They seemed more than happy when I had informed them I was magically, and a focused summoner at that. Back in those days mages were few and far between unlike today, more so of one knowing how to conjure and control multiple elementals at a time. My magical little friends saved many a merc and Op back then, oh how I miss the days when magical security was barely a thing, so much easier than today.”
“My code? My mercenary code was written back when I was an impulsive eighteen something year old, so saying it was… flexible would be an understatement. Still believe, with the red marks on my record, that I’m still a card carrying merc is cause I was magical and a conjurer. My code is, and to an extent now, was lax to wet work and that alone can garner you a quick number of checks on your dossier. Now if you’ll excuse me, I have a red eye flight and an appointment to make.”

Sadly that is the last article I could dig up on the Dandy Man. From my sources inside the brotherhood, Dandy man’s contract was taken on by fellow mercenary and Sea Wolves Pirate Moray indefinitely. Working as their main magical support on the Lycanthrope for the last twenty five years or so.
Though it is unclear  if his contract with the Sea Wolves is still in effect following the battle for Seattle, as he has been spotted working with Harbinger’s Revelator and Reject’s Scalphunter. Though if he is freelancing or he has joined up with the Devil’s Rejects is unclear, as he has been seen with Scalphunter and other members in the last few days.
This merc may look young and is very friendly, but he has more than fifty years of mercenary and pirate training as well as being both a skilled conjurer and proficient caster of sorcery. If you run a foul of the Dandy Man, be prepared for an unfair fight, for this mage always keeps several elementals around for back up to show his enemies a dandy old beat down.

This is dedicated to all the warriors of the shadows who have fallen in the line of duty. RIP    Crazy Glue: Killed in the Jackals Lantern by an unknown assailant, Her Murder is still under investigation by SPD  Wallace: HRM member killed in the Scottish invasion of England. Rot in Hell Wallace  Tommy: Member of the Regulators recently killed by SPD    Grimm: Member and Leader of the now defunct Ministry, killed by SPD C-SWAT. During the Deaths Hand Invasion  Mr. Walter O'Neil (Sarge): Member of a group only referenced to as the Post Office, He was killed in … END_OF_DOCUMENT_TOKEN_TO_BE_REPLACED