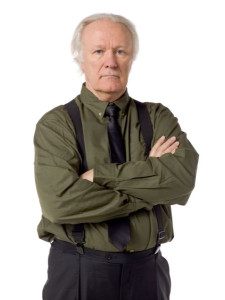 Bio: It is time to talk about the magi known as Riptide, this hermetic is a master of the water school and has garnered control over the element in it’s purest form. This has allowed him to rise through the ranks within the pirate world and become one of the top soldiers inside the Crimson Bloods, this man is part of the boarding crew that well you guessed it brings death to any who are unlucky enough to get caught in the cross hairs. Riptide’s magical prowess over water makes him very lethal as a combatant, seeing how much of the human body is made up up of water, well you guessed it. He can control the flow of water in your own body and use it to his advantage, this means that no where is safe from Riptide and he can kill you using your own essence against you. As if that wasn’t bad enough he has multiple water elementals that serve him loyally as well as few very powerful ally elementals that serve their master Riptide.
If his magical workings weren’t bad enough, Riptide can also use his mystical abilities to create violent whirlpools within the sea an use them to tear unwitting vessels asunder or even capsize a larger vessel and pull everything and everyone down to the dark depths of the ocean floor. He then uses his elementals to salvage the cargo and any other needed supplies that lay on the ocean floor. If having to deal with the dangers of the ocean weren’t bad enough, this man has managed to turn the ocean against those that dare to sail it. This pirate does have even more tricks up his sleeve as he has also mastered the elemental magic of the storms and can call great winds, fog, lighting, rain and basically anything that can relate to the workings of the storms and weather. This art has been lost to the hermetic magi of the sixth world, though Riptide seems to be able to wield these gifts like they are child’s play and using this lost art as another way to bring down the ships and conceal the Siren from sight till it’s far to late.
Riptide himself is very dangerous, but combine his abilities with the other members of the Crimson Bloods an you have one down right scary situation as Riptide can quickly turn a bad situation into a deadly one. When suddenly hurricanes swell when the weather was clear moments prior, or a violent lighting storm rips through a coast creating storm surges and swells more then capable to bring down most vessels and these surges occurring inside protected water ways. Riptide is rarely on land, though he does sail on the Siren and this means he is within the Seattle proverb.
Riptide has no care or concern for anything or anyone so don’t even try to reason with this old pirate, for all that will do is have you die grovelling. This man does whatever he wants and unless it’s against the best interests of the Crimson Bloods he won’t care, and to him murder is just as casual as ordering a pizza so do yourself a favour avoid Riptide at all costs. This man is not like the pirates of Hollywood an he is no role model so don’t ask him for an autograph and pray to the Lord above that you don’t have something he desires.
Page Written By: Shadow Writer

This is dedicated to all the warriors of the shadows who have fallen in the line of duty. RIP    Crazy Glue: Killed in the Jackals Lantern by an unknown assailant, Her Murder is still under investigation by SPD  Wallace: HRM member killed in the Scottish invasion of England. Rot in Hell Wallace  Tommy: Member of the Regulators recently killed by SPD    Grimm: Member and Leader of the now defunct Ministry, killed by SPD C-SWAT. During the Deaths Hand Invasion  Mr. Walter O'Neil (Sarge): Member of a group only referenced to as the Post Office, He was killed in … END_OF_DOCUMENT_TOKEN_TO_BE_REPLACED