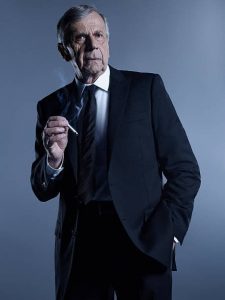 Bio: Ticker well this man really was never a shadowrunner per say, he is a terrorist and like to inflict terror upon his victims. Ticker is a demolitions expert and has worked directly for both the IRA and as well the HRM in the past. He only as of recent joined the Deaths Hand. His skills with bombs and such are undisputed, no one is better then the Ticker and he has trained some of the best Demolitions experts to date namely Polaris and Blaze, this man supposedly received his training in the Royal Army and as well as a bomb technician for her majesties royal guard. Ticker was never happy working for the English as his heart always stayed true to his homeland of Ireland. Though after being forcibly removed from his home by the elven guard he needed to find a way to get payback. Ticker eventually left the royal guard and headed to the UCAS on a refugee visa and then swiftly vanished into the shadows, this is where the world started to learn about the skills of the Ticker and how heartless he could be. He never really went on any operations per say, he was more the go to guy for all the demolition needs and basically had his hand in almost every legendary job to date from those days. He didn’t care where his bombs where going or who they killed as long as he was paid and the credits were good.
Ticker worked almost exclusively with the Whistler when he was actually on the job site, he trusted this man to watch his back and make sure no hot lead came his way. No one is sure where the two meet but they are as thick as thieves and if you see one you will find the other one near by. Ticker has been blamed for the explosion of the space needle, and other major landmarks and he was involved personally with the great cleansing and sewer city clean out as well as the Quebec job.
They say all it takes is the right job to make your money, and then you can retire and walk away from the dangerous life of the shadows. That wasn’t the case for Ticker. he walked away only to show up in Europe and continue to focus his wrath onto the Nog. He was hired by the HRM on a number of occasions to create specialized delivery devices. One of such devices unleashed the Bio Plague into the Nog Leyline. This bomb was delivered by fledgling runner Nick, little did this rookie now how his fate would forever be intertwined with the HRM and the legendary Ticker. Ticker from that day was considered a War Criminal and charged with Crimes against Humanity. Though this didn’t deter this man from continuing to work and spread his level of terror. He was also employed on a number occasions by the Deaths Hand, its only fitting that he works for them. Ticker and Polaris working together wait stop the presses, Ticker and God Damn Polaris together. Oh Shit, this is not good for anyone involved. (Click Here For information on Polaris) Well it looks like Alexander is preparing for something big if he put these two together it can’t be good.
Ticker has been recently spotted in Seattle with friend and Ally the Whistler, working with a few rookie runners namely Waldo and the Chameleon and suspected Bilbo. but this is just rumour, though with the recent bombings in the city and the most recent warehouse explosion in the barren’s this can’t be a coincidence. Again I feel Alexander is up to something big and it’s not going to be good for anyone involved if his sights are set on Seattle.
Don’t mistake Ticker for being a feeble old man, this man is very dangerous in combat, he is a fast as lightning and deadly accurate with any firearm he is holding. Ticker has been trained in martial combat and firearms, and as well is continuing to receive training from the Deaths Hand. He is a serious threat and should not be taken lightly and remember chummers he is almost always with Whistler and he is death incarnate you have been warned,

This is dedicated to all the warriors of the shadows who have fallen in the line of duty. RIP    Crazy Glue: Killed in the Jackals Lantern by an unknown assailant, Her Murder is still under investigation by SPD  Wallace: HRM member killed in the Scottish invasion of England. Rot in Hell Wallace  Tommy: Member of the Regulators recently killed by SPD    Grimm: Member and Leader of the now defunct Ministry, killed by SPD C-SWAT. During the Deaths Hand Invasion  Mr. Walter O'Neil (Sarge): Member of a group only referenced to as the Post Office, He was killed in … END_OF_DOCUMENT_TOKEN_TO_BE_REPLACED