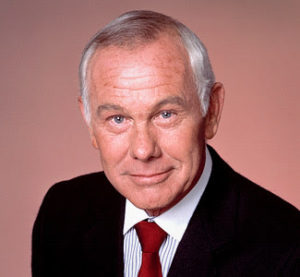 Weight: 155
Apparent Age: 60
Archetype: Mercenary Adept: Circle Unknown
Preferred Weapon: DAOD Nemesis
Runner Song:
Bio: Well when one asked who is the man behind some of the worlds finest hunters, there is only one place to look and that is good old Walt. This man has trained some of the best shadow warriors to date and has thrown his gauntlet into many of the worlds most dangerous hotspots. He is the king of the mercenary and the ultimate predator on both the battlefield and within the urban sprawl; for to misjudge good old Walt will surely end with a one way trip to the funeral home in a flag draped box.
Walt is the ultimate package and has been in operation long before the days of the False Flag and has truly spilled gallons of blood all for the price of freedom as he originally served within the fabled order of the Presidents Men and lived within the shadows of the government as one of the most dangerous assassins every to breath. Even death refused to tangle with Walt when he crawled out of a shallow grave after being shot in the head by a government agent tasked with the removal of the Presidents Men during the purge. Reports indicate that even the assassins bullet wasn’t enough to keep Walt down and he has had a score to settle with the man that put him in the ground back in the 2020’s.
This killer of men has emerged from the grave and redefined himself as more then just a silent killer, proving that he is one true king of kings and has taken his game to the next level; for Walt has declared war against the Central Intelligence Agency and all servants of the False Flag, though they refuse to even accept that he survived his meeting with Jonathan White. Even while valuable agents go missing or end up being found dead in some of the most gruesome manners imaginable, for this man not only hunts with the standard weapons of war; he uses some very unique and unheard of weapons to send a very brutal message to those that wronged him. For Walt’s victims normally are found without their heads and spinal columns, or they are discovered strung up by their feet fully skinned like a deer. He uses additional weapons that are of unknown calibre and origin, though it is assumed that it is just a custom weapon from Dark Arms.
When he is not hunting his prey, he is selling his services as a freelance mercenary to the Brotherhood of Mercenaries and works within the Sons of Odin division along side some of the nation or worlds best; some of which he personally trained. Though for Walt he prefers the hunt and would rather be stalking his prey through the shadowy back streets of the city, for him it is the thrill of the hunt and collection of the prize from his victims. Though for Walt it is reported that he modifies his hunting technique from target to target and will never stray, he uses bladed weapons against targets armed with a blade and his bare fists against those that are unarmed and ballistic style weapons against those armed the same. This seems to be a personal style preference for Walt to keep the fight equal and honourable, though their is very few that can match his skill so fairness is in the eye of the beholder. Walt does not oblige to these rules if he is on the battlefield and only when on the hunt for his next victim
Walt still holds on to the memories of his attempted murder and the death of his wife and children at the hands of the government during the purge, these memories are the fuel that drive his passion and keep him fighting night after night. So for this mercenary revenge is a dish best served cold and his revenge is almost 60 years in the making. As a former member of the Presidents Men this killer is more then a handful for any would be opponent that would attempt to best the king himself, for Walt has no equal and even the government would rather deny his survival than accept the reality of his existence. Mr. McKinley has been lurking within the shadows just waiting for the day when his fellow Architects would call upon his services once again; and it seems that the call was made as the Presidents Men are reformed and with some of the worlds deadliest back in action it will be only time before their message of revenge is heard loud and clear all across the nation.
Their order may never be at the numbers it once was back before the purge, but with the three oldest Architects still in action it wont be long before the best of the best are sending a very brutal message that the UCAS will fall and Old Glory will once again fly high above the capital building. Mr. White failed to kill Walt, Arthur and Joshua during the purge; his bullet entered their heads and he buried them within a shallow grave though he forgot to finish these men off and now we as a nation will have to deal with his fatal mistake. Though for the Architects it seems they are still restoring their numbers and have just recruited a new member to their fabled ranks, a mercenary worthy of being called an Architect and welcomed with open arms into the Presidents Men, Mr. Forsycthe child of the infamous Roadrunner is the newest of this fabled order; proving once again that they recruit only the best of the best and those who’s hearts are blackened with ice running through their soulless bodies.

This is dedicated to all the warriors of the shadows who have fallen in the line of duty. RIP    Crazy Glue: Killed in the Jackals Lantern by an unknown assailant, Her Murder is still under investigation by SPD  Wallace: HRM member killed in the Scottish invasion of England. Rot in Hell Wallace  Tommy: Member of the Regulators recently killed by SPD    Grimm: Member and Leader of the now defunct Ministry, killed by SPD C-SWAT. During the Deaths Hand Invasion  Mr. Walter O'Neil (Sarge): Member of a group only referenced to as the Post Office, He was killed in … END_OF_DOCUMENT_TOKEN_TO_BE_REPLACED