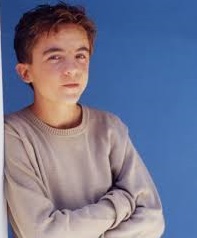 Bio: Little Salamander is one of the infamous Toad’s closes’t friends  this kid was one of the first to side with Toad to take up arms against the UCAS. As we have now learned this kid is also part of the infamous Krieghoff clan and is well versed in the criminal arts and has no issues with spilling blood in the name of his family and city. Salamander has serious issues with the UCAS control, he has been brainwashed by his family to hate the government and all it’s holdings from the time he could walk. Salamander is not a cold hearted killer unlike his older brothers Serpent and Vulture. The Salamander is even more terrifying seeing that this kid is of genius level and he has already begun to master the arts of science and has learned to blend these skills with the traditional talents of a runner. He uses his advanced engineering knowledge to create devices that allow for the smaller and weaker framed children and teenagers can properly wield the high powered weapons. This also allows weaker adults to receive the same benefits, thus the sales of this device have allowed the Salamander to line his bank account and acquire advanced gear and further equipment to create additional rare and unique equipment for himself and his team.
The Salamander has truly become a thorn in the side of the UCAS and they are on a quest to bring this teenage runner to justice quickly before he can corrupt further youngsters and create a juvenile army to rise up against the government, though through the teachings of Toad he has been able to keep himself directly off their radar. If the Salamander is an adept is unknown, though the chances are high that this kid is magical do to his brothers being of the sixth world. One device that he created recently that is in high demand, though can only be acquired through Howitzer, Tang, Baron or Gummy is a unique item that shields one’s aura and protects them from any form of magical assault or detection from the astral plane or physical. This device does not render them magically immune, but it renders them fully protected from any form of astral attack. This device has become a serious thorn in the enemies side and has allowed the Krieghoffs to be able to slide around undetected. The Salamander is a true genius and as he gets older his already tainted view of the world grows and his logical mind begins to come up with many unique toys to further advance his families cause and hold.
In combat, the Salamander is quite skilled and has been further trained by Toad and many of the other runners of the Emerald City Defenders. This kid has the benefit of being the best friend of Toad and fully willing to step into the world of the shadows to drive the dagger deeper into the ribs of the UCAS. This kid has been on quite a few operations already and has made a serious name for himself within the underworld and has been able to slide right under the radar of the police department do to his family and the Caribbean League jacket he wears also helps shield the young Salamander from the authorities. As no member of Seattle Police Department is willing to deal with Colonel Pilgrim and it’s easier to ignore one runner then stare down the commander of the Death Squad who has diplomatic immunity and escorted by zombies.
This kid is relatively new to the streets so there is not much that can be reported on, as Salamander has managed to stay below the radar for a vast majority of his life and only recently has he been exposed by “Shadow Beat”. So for now don’t under estimate this kid at all, he is beyond street smart, and he is highly trained and working directly alongside Toad but even worse is that he is part of Colonel Pilgrim’s squad and friends with the Emerald City Defenders so this is one Salamander that can’t just be squashed under foot.
Page Written By: Shadow Writer

This is dedicated to all the warriors of the shadows who have fallen in the line of duty. RIP    Crazy Glue: Killed in the Jackals Lantern by an unknown assailant, Her Murder is still under investigation by SPD  Wallace: HRM member killed in the Scottish invasion of England. Rot in Hell Wallace  Tommy: Member of the Regulators recently killed by SPD    Grimm: Member and Leader of the now defunct Ministry, killed by SPD C-SWAT. During the Deaths Hand Invasion  Mr. Walter O'Neil (Sarge): Member of a group only referenced to as the Post Office, He was killed in … END_OF_DOCUMENT_TOKEN_TO_BE_REPLACED