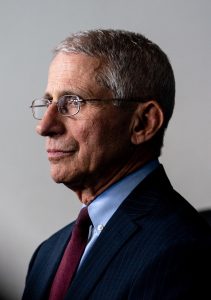 Bio: Now here is a real asshole and problem player of the Post Office, the man is simply called Burn Notice and this man is sent to solve issues with contacts, allies and employees of the Post Office that have used up the free pass and need to be well burned…in laymen terms, removed. He is a professional assassin and problem solver, though the problems he solves are in house and people that crossed the Post Office and it’s leadership. Wesley moves quick and before any warning can reach the targets he swoops in and they are simply erased and forgotten, this problem solver is one of the hidden within the ivory towers of the Post Office and is feared by all seeing he simply Erases and Removes…..this man works alongside the Eraser and was trained by the master himself.

Sonic earned his moniker simply do to his speed and success rate, someone upsets the Post Office enough to need to be burned and before the ink is dry Wesley has descended on the target and punctured flesh with his sword or dagger leaving the target to bleed to death…his preferred strike is straight to the liver a wound that can’t be healed and one that kills with both bleed and toxicity, the black blood being a sign they have been killed and just need to wait for death to over take them.

This man will also deploy the standard two gunshots to the back of the head, though he prefers a more hands on approach and with his twisted dagger this monster gets his wish. His hands are covered in blood and he has been killing since he was a child so there is no moral compass or talking to Burn Notice, he has one job and thats killing and he is damn good at his job. Like all erasers and problem solvers he is cross trained in hacking and medical so he knows the anatomy better than most doctors and can operate a terminal to begin the erasing process. Yes this means that if you are within the Post Offices information network and screw up, you simply killed everyone connected to you….consider this a warning that if you love your wife don’t cross the Post Office.

For those that are a little out of the loop about what an eraser is, I will give you the known definition on the streets, Eraser: A professional assassin the specialises in removing a target and all traces of the subject from the record books, history books and scrubbing out any memory of the target. This includes zeroing, family eradication, arson, mass murder and data wiping; these assassins are the worst of the lot seeing they don’t just murder their target, they go after friends, coworkers, families, children and even the family pet. They scrub the world clean of the targets existence, they use mind altering technology on those that are distant enough to not aid in the restoration of memory and than they simply dispose of the targets body and make sure that all other kills can’t be identified. Once an eraser is deployed to remove a target they can’t be called off and they will work with due diligence to eradicate a target from the worlds memory. They normally kill the target last, letting them know they are being hunted and erased; the victim goes to the grave knowing they will be forever forgotten and their life didn’t matter as the only one that will remember them is the eraser and the order that sent the hunter. They will be forever logged in the erasers log book as just a number and in the agencies records as a corresponding name, this is the only record that will ever remain of the victims existence, even distant relatives will forget about the target and if they even speak of the target after the erasing the assassin returns to clean up any left overs. Once targeted by an Eraser they will have eyes on the targets extended family for generations to come. Witness protection is useless seeing they have eyes and ears everywhere and no one ever dares to cross an eraser, they are the best in the game and most also work as problem solvers seeing they have very large information network and access to private records….they know more about the target then the target does and then they render someone simply to  number in their book.

Now that I have given you the long winded street term for the eraser, I hope you now understand why they are dangerous and should be feared, these men kill for a living and see people as nothing more than a hurdle to the end game. Everyone to a eraser is a potential target and they have sold their conscience to further their edge, these assassins have to kill children, women and the elderly; they have to remove everything close to the target and do it quickly. They normally become a problem solver seeing they have a very quick wit and intuition. They can eyeball a scene and understand the sociology and psychology behind it, they are trained in staging  crime scene to fool even the most keen eyed detectives and their knowledge of forensics makes them beyond dangerous. Most problem solvers will normally resort to word before action, as they enjoy the terror aspect that they can be anywhere at anytime and know everything. Where an eraser will simply remove the problem and than begin the hunt, though their advanced training makes them perfect for frame jobs, extortion and terror attacks.

This profession is well used in the rebellion and criminal enterprises, well the problem solver is in both but the eraser is a rebellion thing only; they coined the trade and employee the worlds best and all erasers are under the direct thumb and eye of the king himself Arthur Murdock aka the Eraser, the first and foremost eraser. It’s almost a guild setting and separate order within the rebellion that all have access to, though they must first go through the Post Office where Mr. Murdock is employed to gain access to a true eraser and not a simple cleaner.

A cleaner is someone that is trained in scrubbing someone out, they go a bit further than simply killing but they don’t go to the extremes of an eraser. A cleaner will remove direct family and employees and make sure the scene is free of evidence, they clean and make sure the death if discovered goes cold and their is no chance of  trial or justice. Many murder suicides are the actual work of  a cleaner, for the cleaner they are deployed to remove  target and scrub them out of local memory, remove family connections and make sure their DNA does not live on; where an eraser well they make sure all forget about the target, honestly I am not sure a cleaner is any better than an eraser. I would rather be snuffed out by a simple assassin, it’s quick and others live on, the eraser and cleaner well they remove family and friends as well.

Though back to Burn Notice, this man is an eraser and yes all erasers are cleaners as well; I know this can be a bit confusing and thats just how they like it. Think of them as nothing more than a professional assassin and worry not, they will simply murder you and move on….maybe one can talk to the assassin and even if you have to die, you can hire them to remove the employer…..no honour among thieves you know. Well with a cleaner or eraser thats not a choice and they can’t be bought, they have a job to do and no amount of begging and pleading will change the outcome. Someone like Spade you can pay to return the favour to his employer unless it’s a rebellion hit…though your children and genitally will be removed. Spade is a unique hitman, he is more of  generational assassin, sending a brutal message and one that you are forced to live with, though he is still a hitman and assassin so if castration and child killing is not on the table he will simply kill you and walk away….that readers is an assassin, Burn Notice here will kill everyone and leave no trace or calling card.

Sonic is a trained swordsman an works for the Post Office so don’t think you can simply get the jump on him and remove this piece of trash with ease, he will gut you like a pig and walk away, he is only deployed when the poop has hit the fan and someone needs to be removed. He specialises in burning people so if you are an employee of a government agency this is one man you never want to meet, especially seeing the rebels have gained control of the government and legalised trash like this. Burn Notice is just one of many erasers that the rebels employ and he is beyond dedicated to the cause and his job, they are always training an learning to stay at the top of the game and seeing they all work for the true king himself Wilhuff they all must be total professionals and at the top of their profession if they wish to remain erasers….or they might simply meet Burn Notice and not in a social setting.

Page Written by the Demur

This is dedicated to all the warriors of the shadows who have fallen in the line of duty. RIP    Crazy Glue: Killed in the Jackals Lantern by an unknown assailant, Her Murder is still under investigation by SPD  Wallace: HRM member killed in the Scottish invasion of England. Rot in Hell Wallace  Tommy: Member of the Regulators recently killed by SPD    Grimm: Member and Leader of the now defunct Ministry, killed by SPD C-SWAT. During the Deaths Hand Invasion  Mr. Walter O'Neil (Sarge): Member of a group only referenced to as the Post Office, He was killed in … END_OF_DOCUMENT_TOKEN_TO_BE_REPLACED