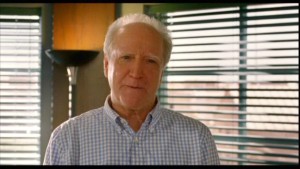 Weight: 200
Apparent Age: 60
Archetype: Street Shaman: Circle 30
Preferred Weapon: Crossbow
Runner Song:
Bio: The Coyote is a shaman, and a shifter he is as you guessed it a Coyote shaman and with that he s a liar, trickster and thief and damn good at all of these. He used to work directly with Jeeves in a partnership of mutual gain and interests. Though the Coyotes unpredictable nature was the eventual rift in this partnership. Though reports indicate that they are still friends.
The Coyote is responsible for spirit foci being on article 16 and as well he is responsible for most of the security measures that are now being used to protect valuable property. After the Coyote broke into Bio-Tech to steal the formula for some advanced combat medicine and as well as the prototype of the new nanite technology. this set Bio-Tech back almost 20 years before they released it. No one ever knew why the Coyote stole these items as they never emerged onto the black market till after there release. He also stole the Titanic Crystals after the market was flooded creating a temporary price hike. He then flooded the market once again with the help of his friend and ally Banker, to capitalize on his crime.
The Coyote unlike Jeeves does have a body count, though it is nothing like some of his fellow Originals, his body count is relativity  low for how many years he was operating. I believe he has about 20 confirmed kills to date. Coyote was also very close with Fable and the two were as thick as thieves kinda ironic don’t you say. Coyote went underground after hearing what Fable called where the winds of change.
To date the Coyote has not been seen in many years and like his friend Fable his name is just mentioned in passing by old timers while they regaled stories of years before over a cold beer.

This is dedicated to all the warriors of the shadows who have fallen in the line of duty. RIP    Crazy Glue: Killed in the Jackals Lantern by an unknown assailant, Her Murder is still under investigation by SPD  Wallace: HRM member killed in the Scottish invasion of England. Rot in Hell Wallace  Tommy: Member of the Regulators recently killed by SPD    Grimm: Member and Leader of the now defunct Ministry, killed by SPD C-SWAT. During the Deaths Hand Invasion  Mr. Walter O'Neil (Sarge): Member of a group only referenced to as the Post Office, He was killed in … END_OF_DOCUMENT_TOKEN_TO_BE_REPLACED