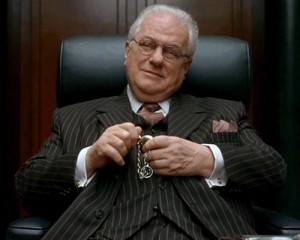 Weight: 155
Apparent Age: 60
Archetype: Mercenary Adept: Circle: 25
Preferred Weapon: Yamaha Pulsar
Runner Song:
Bio: Coma well this man hails from Boston and is a member of those damned Patriots, he is relatively a mercenary with a code of honour that is not twisted and degraded. He will probably not kill you or try to spill your blood on purpose, though Coma has killed before though normally in self defence. He will not go out of his way to harm you though this is wear things get tricky, he is known for sending his targets into a abnormally long point of unconsciousness hence his name Coma. You might be alive after dealing with Coma but you are not out of the woods yet, his targets when they regain consciousness are brain damaged and there bodies weakened and in for a very long rehabilitation process. Coma received his training in combat while serving in the UCAS Navy and he was well part of the medical corps.
Coma’s medical training is where he learned about the benefits of sending a target into a deep deep sleep, over out right killing them. These reasons are what he desires, he would rather his victims suffer more. He knows that his attack will scare there mind and body forever, and this makes Coma very content and happy. He serves the Patriots well as Coma has his hands in the Boston Underworld and I mean deep in this world as well as the Boston Police Department and he also sits on the city council so being a Patriot he can directly influence the cities law makers and being underworld connected he can influence the criminal element. It is only a rummer, but the shadows whisper he was involved in the Boston Massacre and we know he is responsible for the the destruction of the NAN embassy in Boston though indirectly. He has as well sent Chief Running Bear into a deep coma that he has been in since 2068. Boston PD does not have enough evidence to charge Coma with the assault, and the assault on the embassy as all witness have turned up missing or floating in the harbour. Make no mistake if Coma considers you a threat or a target you are in for a very painful time where you will wish for death.
Coma might spend more time inside a boardroom now than on the streets, but he is still not to be taken lightly, he is a real threat and being a physical adept his magical abilities make him very dangerous. He carries more then that Pulsar on him, so don’t think he just packs non lethal, he will have no issues killing you if needed. Also his hands are even more dangerous than any weapon he might be carrying, so you have been warned Coma is not someone who you want to dance with cause you might wind up entering that very deep slumber just wishing for death.

This is dedicated to all the warriors of the shadows who have fallen in the line of duty. RIP    Crazy Glue: Killed in the Jackals Lantern by an unknown assailant, Her Murder is still under investigation by SPD  Wallace: HRM member killed in the Scottish invasion of England. Rot in Hell Wallace  Tommy: Member of the Regulators recently killed by SPD    Grimm: Member and Leader of the now defunct Ministry, killed by SPD C-SWAT. During the Deaths Hand Invasion  Mr. Walter O'Neil (Sarge): Member of a group only referenced to as the Post Office, He was killed in … END_OF_DOCUMENT_TOKEN_TO_BE_REPLACED